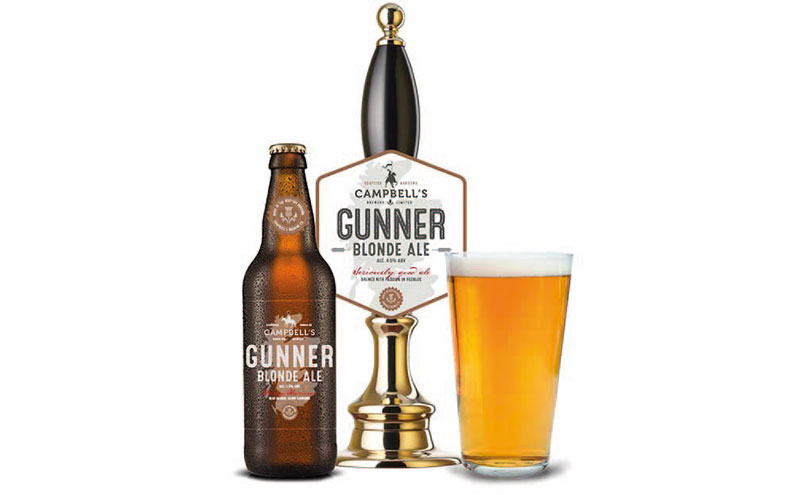 A CRAFT brewery in the Scottish Borders is in good shape ahead of the start of the Six Nations after receiving 2000 pre-orders for its new bottles and securing the backing of a former rugby international.

Campbell’s Brewery in Peebles was launched by entrepreneur Murray Campbell in February 2017 and has since secured listings in around 100 on-trade outlets. Its flagship beer, Gunner Blonde Ale (4.3% ABV), contains a mixture of Mungoswells lager and wheat malts, and Admiral, Celeia, Sovereign and Goldings hops.

The beer has been backed by former rugby international Craig Chalmers, who described it as “the best ale he has ever tasted”.

Gunner Blonde Ale has now been introduced in 330ml bottles for the first time, with Campbell claiming the brewery received more than 2000 pre-orders in the first week of launch.

“I started a brewery to create a series of cask and bottle-conditioned ales that stand out for their quality ingredients and quality production,” said Campbell.

“No jiggery pokery, no complex or madcap inventions, just simple, well-made, great-tasting beer, which I leave in the expert hands of my head brewer, Isaac Knowles-Gruft.”a