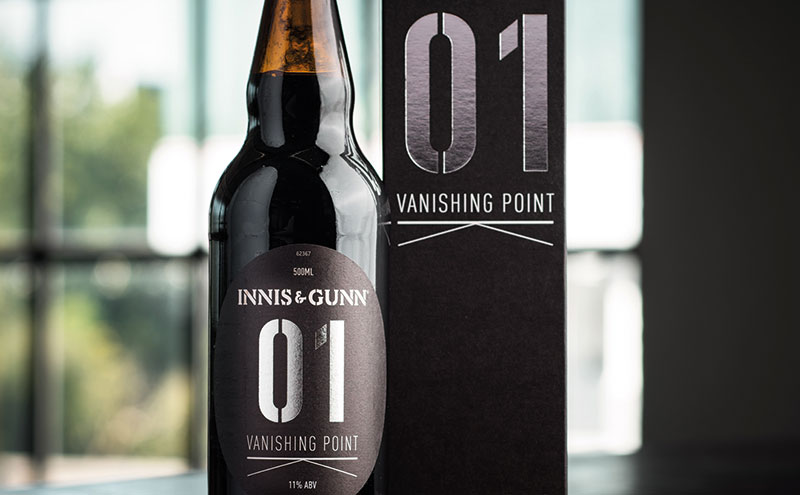 BARREL-ageing is at the heart of a new series of limited edition beers from Innis & Gunn.

The Vanishing Point range will be a selection of different beers aged in the company’s barrel store facility. The first release, Vanishing Point 01, is an 11% ABV imperial stout described as “big, bold and bursting with flavour”.

It was aged in first-fill bourbon barrels for 200 days, creating a stout which has, according to Innis & Gunn,  a “silky smooth taste with the full flavour of rich bourbon oak”.

Dougal Sharp, founder and master brewer at Innis & Gunn, said: “Passion and flavour is at the heart of our beers and in Vanishing Point we have created an incredible balanced and bold beer that is absolutely packed to the brim with massive aromas and flavour.

“It was in barrel for six months at our barrel store in Perth, and we are already working on the next in the series which is in barrels now and will be released towards the end of 2018.”