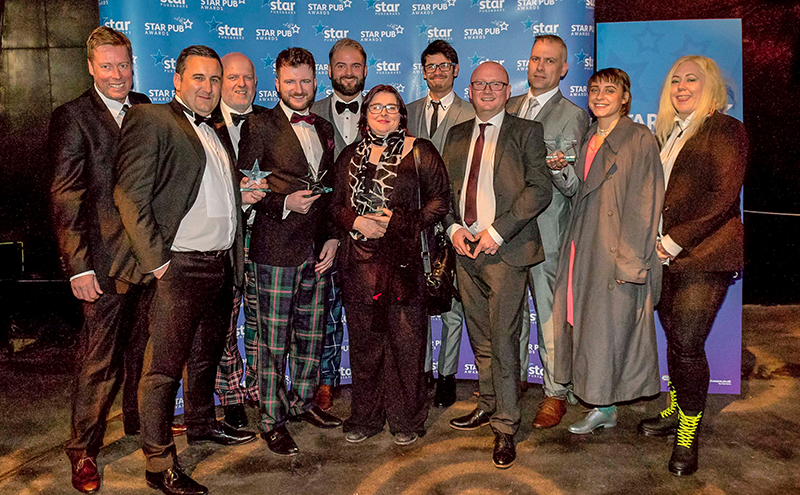 Elsewhere in the capital, the operators behind PG Taverns – Iain Pert and Gordon Gilhooley – picked up the Marketing Award for The Jolly Botanist in Edinburgh; the group’s Fork & Field in Mid Calder and The Dog House in Edinburgh were also commended. And the Athletic Arms in Edinburgh took the award for Best Live Sports Venue.

7 Saints in Prestwick, meanwhile, won the Best Use of Social Media award and was a finalist for Team Training; and Milo Smith of Ninety-Nine Bar & Kitchen in Aberdeen received the Social Media Award for Star’s Scotland and North region.