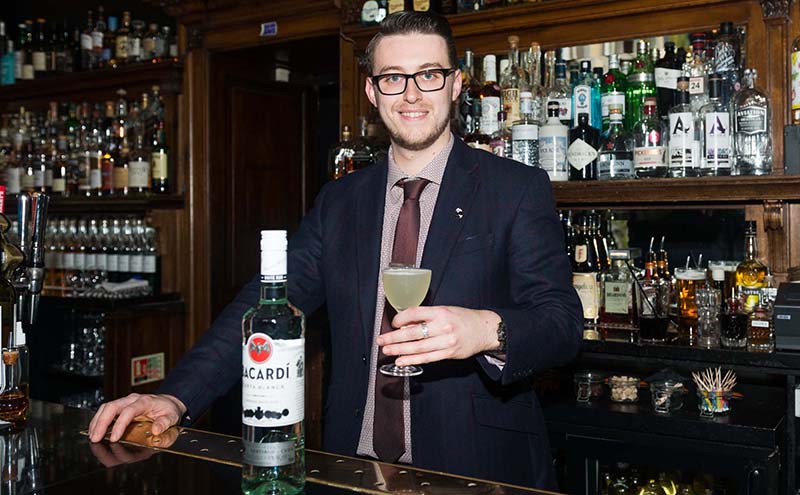 LEON Back, of Edinburgh cocktail bar Panda & Sons, has been named as the UK winner of the Bacardi Legacy competition.

Back, who won the Scottish heat of the contest in October, was named UK winner at the northern European finals in Amsterdam. He now progresses to the world finals, which will be held in Mexico in the new year.

Back won the UK stage of the contest with his cocktail, The Queen Street, which combines Bacardi Carta Blanca with lemon juice, sugar syrup, Martini Ambrato, celery bitters and a spritz of Islay whisky.

Shake all ingredients with ice, double strain and serve straight up in a Nick and Nora Glass. Spray with a spritz of Islay whisky on the side and top of glass.