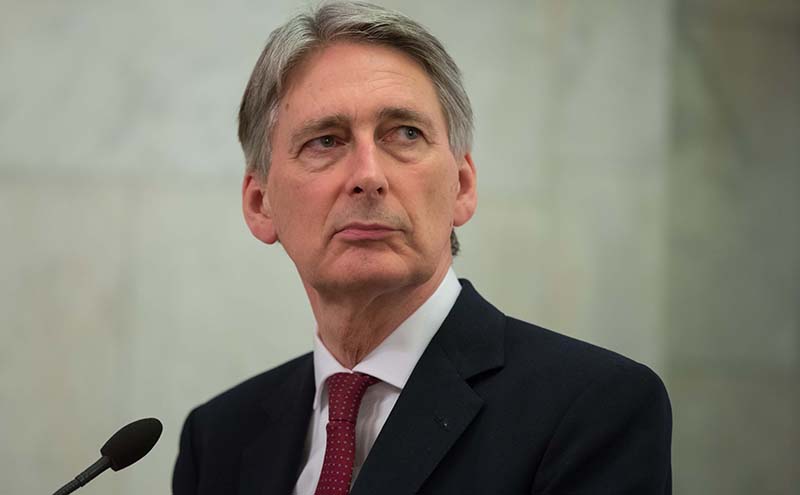 TRADE groups and drinks firms have hailed chancellor Phillip Hammond’s decision to freeze duty on beer, wine, spirits and most ciders in his 2017 Budget.

In his speech to parliament, Hammond said he was “backing our great British pubs”, while committing the government to action on “cheap, high strength” ciders with legislation to increase duty on such products scheduled to come into effect from 2019.

Hammond also announced the National Living Wage will rise from £7.50 an hour to £7.83, which he claimed will impact over two million minimum wage workers.

“It will secure over 3000 jobs in pubs and the wider beer supply chain that would have otherwise been lost,” said Simmonds. “This real-terms duty cut shows he has listened to our campaign and the concerns of pubs and pub-goers, and acknowledged the special role that beer and pubs play in the nation’s social life.”

“We are pleased that government has recognised that a thriving and prosperous beer and pub industry is what our nation needs.”

Hammond had already increased duty on a pint of beer by 2p this year in his spring budget.
Heineken’s UK managing director, David Forde, said it was “good to see the chancellor recognised the importance of the great British pub” calling the winter Budget a “welcome package for pubs”.

Chief executive of the Wine & Spirit Trade Association, Miles Beale, also joined the chorus of those in the drinks industry praising the chancellor’s decision.

He said: “He has shown the government is in touch with what consumers want and is supporting an industry which is proving to be a real asset to British business. He has recognised that rebalancing the UK’s excessive duty rates is a win/win for both the Treasury, the wine and spirit trade – not to mention consumers.”

However, others in the drinks industry suggested more could be done to support the sector.

A spokesperson for the Society of Independent Brewers (SIBA), which represents over 825 independent craft breweries, said although its members would be “delighted by the chancellor’s announcement”, they would like to see the treasury go further and “commit to a freeze in beer duty across the entire parliament”.

The National Association of Cider Makers issued a statement saying it was disappointed that Hammond ignored its call for a 2p reduction per pint of cider – as the association believes such an approach would help stimulate long-term growth in the industry.

And the level of taxation on spirits remained a bone of contention for Diageo GB’s managing director, Charles Ireland, who repeated the firm’s call for a review of the alcohol duty system.

“Taxes on spirits [in the UK] remain amongst the highest of any major economy in the world,” said Ireland. “We have been greater encouraged by the fantastic support of parliamentarians from all parties, especially Ruth Davidson, David Mundell and the other Scottish Conservative MPs, who have called for a fairer deal for Scotch and spirits: an industry that generates £5 billion of exports and employs 50,000 people.”