Rum is far too valuable a category for licensees to ignore 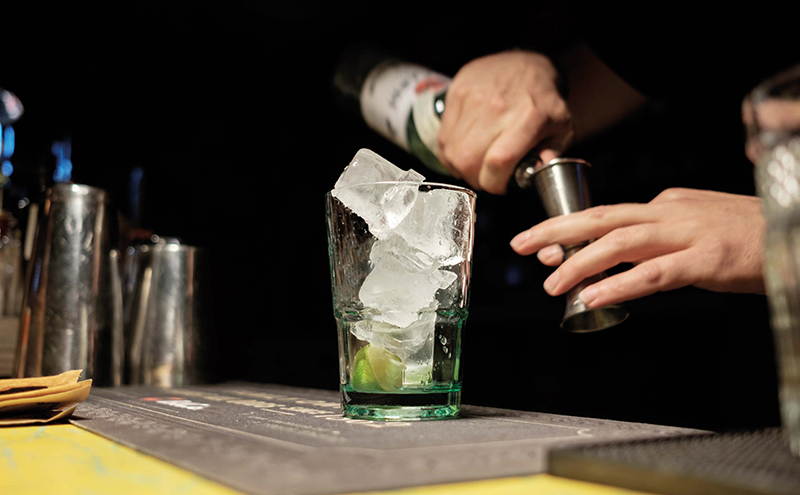 SCOTLAND has long been an important market for rum producers, with pub and bar customers drinking more of the spirit every year than any other UK region outside of London.

Whether it’s in tiki or punch-style cocktails or the classic Cuba Libre, there’s something about rum that seems to strike a chord with Scottish consumers – particularly when it comes to golden and dark rums.

While sales of white rum in bars and pubs north of the border took a slight dip to £20.3m in the year to the end of May, according to figures from CGA Strategy, the value of golden and dark rum sold in the Scottish on-trade rose from £84.7 million to £86m.

And rum’s not just selling well in Scotland.

Two of the biggest spirits firms say the rum category is in rude health across the UK as a whole, with Diageo, claiming rum sales grew 5.4% to £651.8 million in the year to October 7.

Flavoured and spiced rum accounts for the largest share of UK rum sales, according to this year’s William Grant & Sons Market Report, which puts the flavoured/spiced share of the rum market in the UK on-trade at 35.9% in value terms.

It was also said to be driving growth in rum overall, accounting for around 85% of sales growth in the category, and is dominated by Diageo’s Captain Morgan Original Spiced Gold followed by William Grant-owned Sailor Jerry, according to the Market Report.

Flavoured and spiced rums account for the most sales.

UK-wide, white rum is the next biggest section of the category, and is topped by Bacardi Carta Blanca followed by Havana 3 year old.

Dark rum brings up the rear in the UK as a whole, with Captain Morgan again taking the top spot – this time for Captain Morgan Original Rum – followed by Halewood-owned Lamb’s Navy.

Sociable get-togethers were highlighted by Wm Grant & Sons as the biggest occasions for rum in the on-trade, which could be particularly good news for licensees in the approach to the festive season.

This is further reinforced by the prominence of rum on cocktail lists – with the spirit said to be present in a third of all cocktail serves across the UK, according to the William Grant report.

It’s also an important spirit for outlets with young adult customers, as well over half of rum drinkers are said to be under 45 years old – a younger demographic than other spirits categories.

With an estimated 8.1 million rum drinkers across the UK, according to William Grant & Sons, it’s certainly a category licensees will want a share of.

And, as with other spirits categories, rum is starting to see smaller craft spirits appearing on back-bars alongside the big brand players.

In Scotland this has included the launch of small-batch rum brands such as Dark Matter, SeaWolf, Dunedin and J. Gow.

Similar to other spirits categories, rum has seen an influx of craft products.

Collin van Shayk, director and head distiller at Orkney-based J. Gow Rum, said he reckons the standard of rum knowledge in Scotland’s pubs and bars is improving – and this is crucial to growing the category.

“In rum-focused bars the knowledge is obviously very good, but it seems to be improving across other bars too, probably due to the growth of the category overall,” said van Shayk.

“It’s important for bartenders to have a good knowledge to entice consumers new to rum into trying/enjoying it.

“A basic knowledge of which rums work best straight, with ice or with certain serves will help more people get into rum.”

With a small but growing number of Scottish craft rums now on the market, van Shayk said it is worthwhile for licensees to mix in some of the smaller craft names with the more established, global players.

“The premium and craft segment is growing quickly,” he said.

“It would make sense to stock a range of well known names as well as premium/craft brands produced closer to home, for those looking for something different and more special.”

As with any drinks category, the right rum offer will depend on the individual outlet and its customer base. But van Shayk said there are a few golden rules licensees can follow to help them make the most of the category.

“Stock a good range,” he said.

“Have a decent knowledge of what works best with which rum.

“Also, a bit of background on the brand and style of rum also helps sales.”