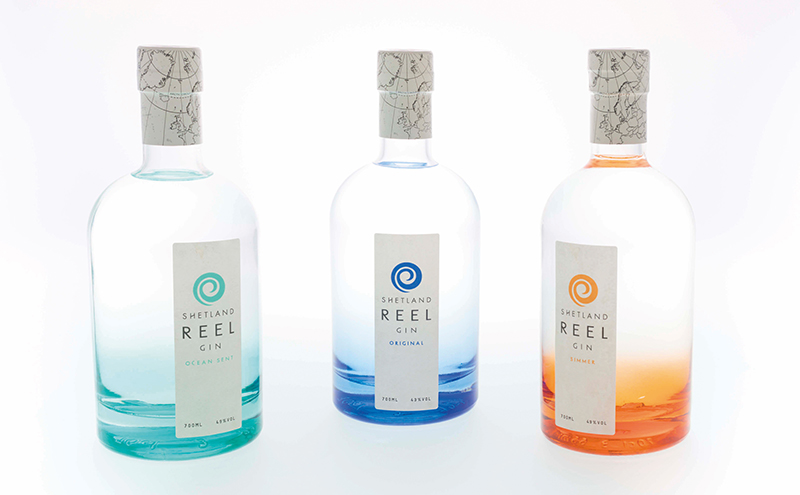 THE Shetland Distillery Company has unveiled a new look for each of the gins in its core Shetland Reel range.

The revamp sees each of the three gins – Original, which features locally-grown apple mint; Ocean Sent, which counts Shetland seaweed among its botanicals; and Simmer, which has “enhanced citrus and spice notes” – allocated a different colour.

Debbie Strang, director of The Shetland Distillery Company, said the new look is “much more reflective of our roots in Unst – Shetland’s and Britain’s most northerly island – and our sense of adventure”.

“It also signifies that we have been listening closely to feedback from our buyers, particularly in the licensed trade,” she said.

“The new bottles will stand out much more on bar shelves.”

In addition to the core range, the firm has also produced seasonal specials, including Holly Days and Up Helly Aa gins for the Shetland Viking fire festival.