Nick Livingstone, winner of the Diageo Learning for Life Saltire Fellowship, prepares for the next part of the programme as the Boston leg draws to a close 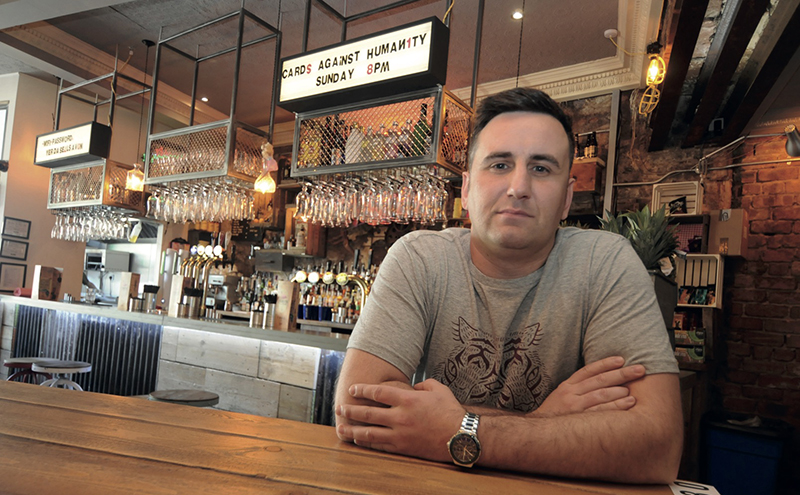 AS I write this I have around four full days left in Boston before we fly out to Silicon Valley – bags are being squeezed closed with all the stuff we have bought and plans are being made for catch-ups in Scotland between our return and two-week course at Strathclyde University.

The past two weeks have probably been the busiest yet.

Alongside working with my team back home as we ramp up the refurbishment of the Carlisle site (Facetime comes into its own when you need to see what you’re buying from 3000 miles away!), week six saw us consolidate more of our learnings in class. Highlights for me were sessions around creating and utilising a successful board – something that has been in my head for a while. I’ve gone from thinking “why would I need a board, and who would even want to be on it?” to “why do I not have a board, and how quickly can I change that?”

We also had James Stewart, Entrepreneurial Scotland’s MD, over for around a week. James was in town for a board meeting with the Saltire Foundation USA trustees – expat Scots who support and champion Scotland globally – and we were fortunate enough to have a dinner with these industry leaders. The level of access to people at the top of their professions we are receiving is brilliant.

Once the weekend arrived, it was time for something I’ve waited a lifetime to do – a visit to the Gillette Stadium, home of the New England Patriots. I’ve had a love of American football since I was a child (thanks Dad!) and this was the pinnacle of that love affair.

The game, where we spanked the Atlanta Falcons, was superb; and the experience was incredible – Scotland’s sporting and social venues could learn a lot!

Arriving by Uber, you have a designated drop-off point; or you can take the train’s stadium shuttle service; or drive up and ‘tailgate’. Tailgating is basically a car park party where jeeps roll in around eight hours before the kick-off and unload TVs, BBQs, DJ stations, generators and beer; some don’t even go to the game and instead watch it on the 50”  TV strapped to the side of the jeep.

Don’t fancy that? Well how about a walk around the stadium shopping centre – a full-on mall with plenty of food options and huge spaces for the 60,000+ visitors. That’s something they do well here – make huge crowds seem invisible; and speed of service, space and choice of venues all play a part. Queuing is a British thing, in America they don’t even need to do it.

A little tired after the Patriots game, week seven kicked off with a case study on a party-planning business; we also covered prototyping and how to get a working product out to the customer and get feedback quickly; and a case study on Topcoder by Josh Brand, from Harvard. Class language has changed – we see things differently now, ask the right questions, present the right information and understand the challenges better.

I can’t wait to see how our newly developed skills will be implemented back home, or how much of a change those close to us will see.