THE Three Chimneys on the Isle of Skye has been named the UK Restaurant of the Year in the Editors’ Awards of the Good Food Guide 2018. 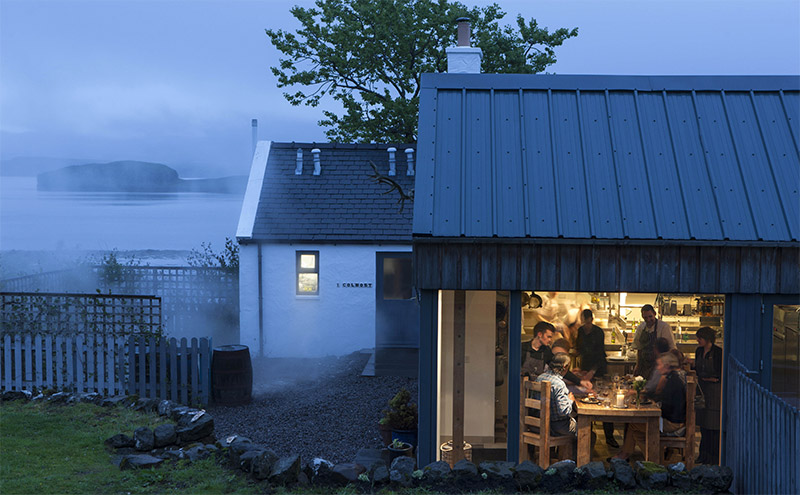 The restaurant, owned by Shirley and Eddie Spear, is located outside Dunvegan in the north west of the Isle of Skye. The kitchen is fronted by head chef Scott Davies, who was praised by judges for his “impeccable cookery style and use of seasonal, local produce”.

He said it was “a huge honour” for all of the team to have been awarded a top accolade in the guide.

“As chefs in the kitchen we are always very heads down, the blinkers on, getting on with the job,” said Davies.

“So it was a bolt out of the blue to get a call from the Editor of the Good Food Guide and find out that The Three Chimneys has won Restaurant of the Year.

“I was so thrilled. Even happier because the award celebrates our closeness to our suppliers, the seasonality of our produce, of course good food and great service.”

Guide editor Elizabeth Carter, said: “It is superbly satisfying to come across a restaurant that knows what it’s doing, without seeming to try.”

As well as scooping the top editors’ accolade, the Skye eatery impressed readers – making its first appearance in the ‘UK’s Top 50 Restaurants’ at number 25, with a cooking score of seven (out of ten).

Various other Scottish restaurants made it into the Top 50, with Restaurant Andrew Fairlie at Gleneagles the highest-scoring in Scotland; it reached number 8 in the Top 50 with a cooking score of eight.