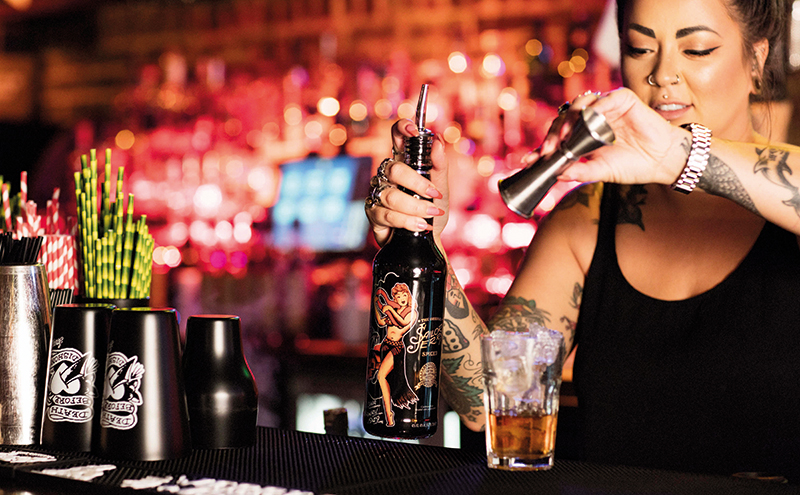 SAILOR Jerry, the spiced rum brand owned by William Grant & Sons, has been given a new-look, limited edition bottle.

Designed to reinforce the brand’s premium credentials, as well as celebrate the tattoo culture that has featured heavily in Sailor Jerry’s branding, the new look is described as an ‘evolution’ of the standard clear glass bottle; it includes a gloss-black concealed wrap, and features prominent homages to the tattoo designs of the late Norman ‘Sailor Jerry’ Collins.

The main bottle image is one of Collins’ iconic designs – the hula girl – which is said to be reminiscent of his early tattooing days inking fellow soldiers and sailors at his tattoo parlour in World War II-era Hawaii.

The bottle also features the rum brand’s renowned anchor, which is described by William Grant & Sons as “a traditional symbol of stability which harks back to Norman Collins’ professional sailor roots”.