Operators on Skye say visitor levy is ‘not the answer’ 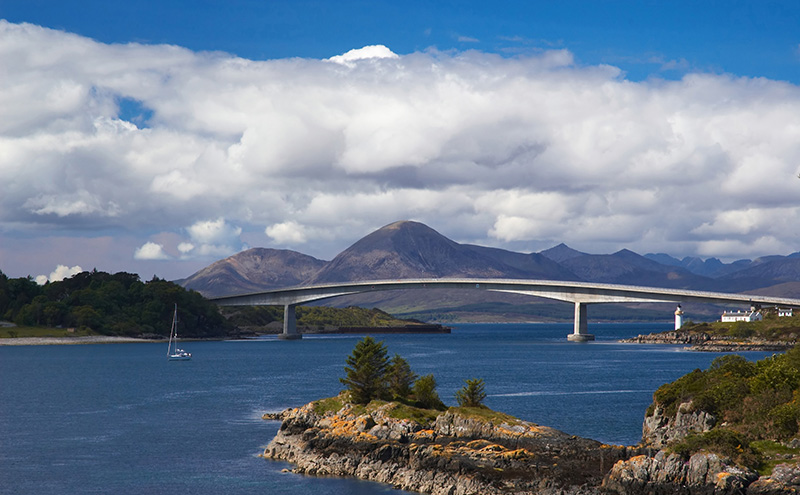 CALLS for the introduction of a tourist tax on the Isle of Skye as a means of funding the island’s overburdened infrastructure have been castigated by those involved in the sector, who have instead urged the Scottish Government to take action.

Maxine Smith, leader of the SNP group at the Highland Council, who had last year indicated a preference for the introduction of a new bed tax on tourists’ hotel rooms, told SLTN a discussion is needed between the Scottish Government and councils over how tourism is funded, including “how and what a levy could be”.

It comes as Skye’s visitor numbers continue to soar.

As reported in SLTN (July 6), destination management organisation SkyeConnect said improved infrastructure and a long-term tourism strategy for the next decade and beyond is required if the island is to continue to cater for the growing number of visitors.

However, calls to increase taxation on tourists visiting the island have been rounded on by the Federation of Small Business’s David Richardson and Shirley Spear, owner of The Three Chimneys restaurant on the island.

Richardson said such a move would be detrimental to operators on Skye and the wider tourism industry.

“According to FSB research, 99% of Highlands and islands businesses said a new bed tax would damage their business, while 96% said it would damage the local economy,” he said.

“The Highland Council rejected the introduction of a new tourist bed tax in 2014 but the idea has raised its head again, ostensibly to fund tourism infrastructure.

“The Highland Council should do its duty and target its existing resources with surgical precision at the infrastructure pressure points that require it most.

“Taxing visitors is most certainly not the answer, there is just too much at stake.

“The Scottish Government should recognise the contribution made to the Scottish economy by the Highland tourism industry and invest accordingly.

“While councils are charged with maintaining infrastructure, in exceptional circumstances, when things are booming but there are problems looming and councils are strapped for cash, central government has a vital role to play.”

Spear said she was “absolutely against” any additional tax on visitors to Skye, pointing to the 20% VAT rate already imposed on visitors.

“By the end of the year, our VAT payments will be hundreds of thousands of pounds in total and that’s from one business,” said Spear.

“So where is all this money going and why is there not a fund where some of this is set aside for tourism? I’m asking the Scottish Government to put this right.”

A spokesman for the Scottish Government said there are no current plans to introduce a tourism levy on the sector.