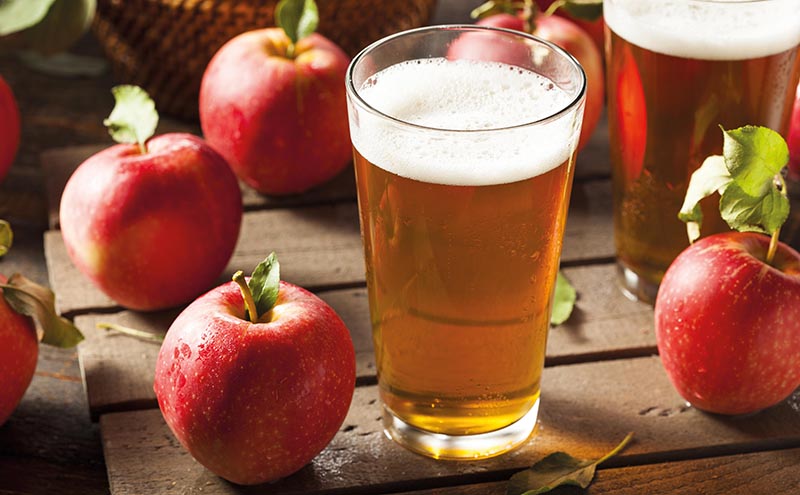 IT was another year of impressive growth for cider, with CGA data showing sales in the Scottish on-trade increased £5 million to £139.5m in the past year.

The jump is perhaps all the more notable given the category grew purposefully the previous year too, meaning demand for the drink in Scottish pubs and bars continues to climb.

While the CGA data showed a slight drop in Strongbow sales over past year, the Heineken-owned cider maintained its position as category leader and held its place as the ninth-biggest brand in the Scottish on-trade in value terms.

However, it is the brand’s Dark Fruit variant that has been the one to watch. Launched in 2013, Strongbow Dark Fruit has stormed up the overall rankings, overtaking 45 brands in its climb from 79th to 34th place, and from seventh to fifth in the cider category.

Holding its place as the second-biggest cider in Scotland’s pubs and bars in value terms, Swedish brand Kopparberg moved up three places from 13 to ten in the overall drinks brands listing.

New product development has been high on the agenda for Kopparberg over the past year, with Sparkling Rosé Cider and 4% ABV Blueberry & Lime among the variants launched this year by the firm.

It’s also been a strong year for Magners – the C&C Group-owned Irish brand credited with sparking the category’s revival with its ‘over ice’ serve all those years ago.

Magners Original climbed from fourth to third place in the cider category and rocketed up the overall brand listing from the 31st to the 18th-biggest brand in the Scottish on-trade in value terms. The brand continues to enjoy a high profile through its sponsorship of Celtic, and it is currently the focus of the Seize the Summer marketing campaign.

Molson Coors-owned Rekorderlig also enjoyed a positive year, moving up the ranks one place to the fourth-biggest cider in Scotland’s bars in value terms. The Swedish brand also  climbed up the overall brands listing from 38th to 31st place.

Outwith the top five cider brands in the Scottish on-trade, others have held their own or nudged their way up the rankings in the past year.

Heineken-owned Bulmers retained its sixth position listing in the category, Magners Fruit moved from eighth to seventh, Carlsberg’s Somersby cider, which was launched in the on-trade in 2013, jumped from tenth to eighth place in the cider category, AB InBev’s Stella Cidre held its place as the ninth-biggest cider brand in the Scottish on-trade by value, and Stowford Press moved from 12th place to tenth in the cider category.

With more new products and variants hitting the market, it seems consumer demand for cider is likely to continue for some time yet.