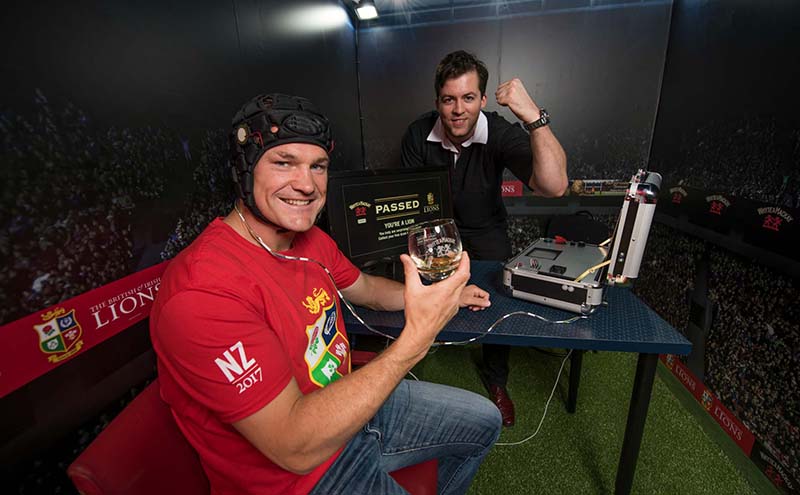 RUGBY fans in Glasgow and Edinburgh have had the chance to test their mettle over the past fortnight through marketing activity for Whyte & Mackay.

As part of its sponsorship of the British & Irish Lions Tour the whisky firm has hosted experiential events at two Belhaven pubs: The Old School House in Glasgow and The Merlin Roadhouse in Edinburgh.

Members of the public have had the chance to prove whether they are a ‘true Lion’ or ‘just Lyin’’ using the Whyte & Mackay Lion Detector, which has moved between both pubs, coinciding with the Lions matches. Participants have been given the opportunity to win a signed British Lions jersey as well as receiving a free dram of Whyte & Mackay.

In addition to the Lion Detector, Whyte & Mackay has promoted its sponsorship of the tour through point of sale materials in over 600 bars and pubs as well as a media partnership with The Telegraph.

Janice McIntosh, head of channel marketing at Whyte & Mackay, said the Lion Detector activity has “taken the campaign offline and directly to customers watching the matches in Belhaven pubs”.

The activity finishes at The Old Schoolhouse this weekend (July 7 and 8).