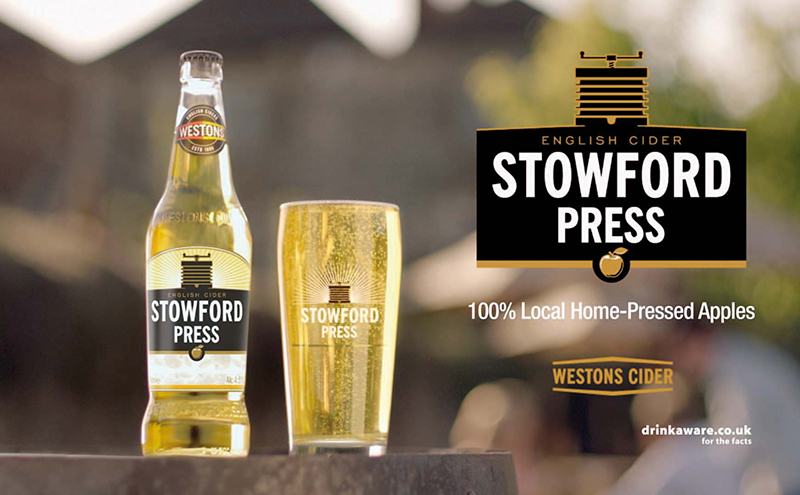 Stowford Press Cider is back on the small screen in time for summer as part of a £2 million investment in the brand by Westons Cider.

An updated version of last year’s ad, which was filmed entirely at Westons Cider Mill and the surrounding Westons orchards in Herefordshire, it follows the journey of Stowford Press Cider from apple blossom through to the glass.

Developed by McCann Bristol, the ad first aired on Channel 4 late last month, and is set to reach over 18 million consumers via appearances on a number of TV channels, including More 4, Film 4, Dave, BT Sports, Sky Atlantic and Sky Sports.

Stowford Press brand manager, Holly Chadwick, said: “We are very excited to be launching our new TV ad, which reminds consumers that all apples used in Stowford Press Cider are sourced locally to the Westons Cider Mill in Herefordshire.”