SCOTLAND can expect to see an increasing number of anti-tobacco tactics turned against the alcohol industry, a public health expert has warned. 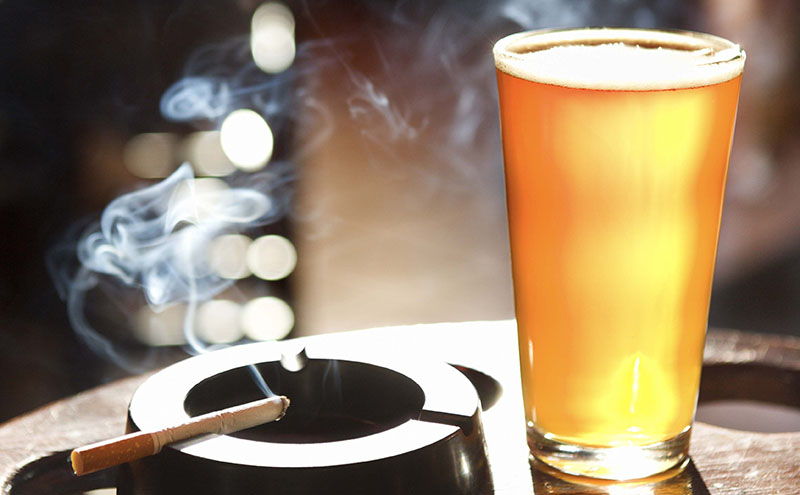 “We have emerging evidence on cancer that suggests there is no safe level of alcohol,” said Fitzgerald.
“That doesn’t mean we’re advocating for prohibition, but I think that changes the debate.

“We know that very common cancers – like breast and bowel cancer and actually five other cancers – are associated with any level of alcohol consumption, and the more you drink the bigger the risk. But that does mean it’s not as different (to tobacco) as it might have been under the previous evidence.”

And Fitzgerald warned that recent tactics employed by the alcohol industry, including the ongoing legal challenge against the introduction of minimum unit pricing, have damaged the perception of the industry.
“The other issue here is that the alcohol industry – and to be fair this applies more to producers than sellers of alcohol – is in real danger of being viewed like tobacco,” said Fitzgerald.

“They obviously have the right to take the Scottish Government to court over MUP, but there’s many that see that as vexatious. And they’re certainly behaving more like tobacco in terms of misrepresenting evidence to the Scottish Parliament.

“I think there are real risks here if we were to assume the progress that has been made in terms of public health policy on tobacco would not be replicated for alcohol.”

“We’ll never see a ‘please smoke responsibly’ message,” said Cummins.
“But the stricter controls on tobacco are being used as a template in anti-alcohol campaigning.
“I’m pretty sure the campaigners would welcome plain alcohol packaging, bottles and cans carrying images of cirrhosed livers and even tobacco-style cabinets.

“The constant message that alcohol poses a cancer risk – without any meaningful assessment of that risk – can only be heading in one direction.”

And Rosemary Gallagher, head of communications at the Scotch Whisky Association, which has been leading the fight against minimum unit pricing, defended the legal challenge on the grounds that minimum pricing “would be illegal and ineffective in reducing the number of people drinking at hazardous and harmful levels”.

“In recent years alcohol-related harms in Scotland have declined and alcohol-related deaths have fallen by 33% since a peak in 2003, so measures in place seem to be working,” said Gallagher.

“We would urge the Scottish Government to focus on targeted and effective measures delivered in partnership with a range of organisations.”

The UK Supreme Court will hear the case on minimum pricing next month.