TWO Edinburgh bar owners and a barista have joined forces to create a new coffee liqueur. 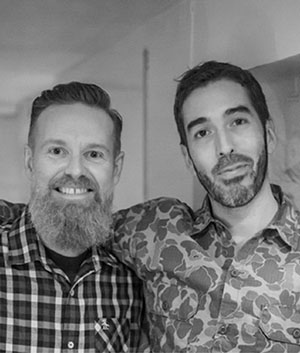 Mike Aikman and Jas Scott – the operators behind Bramble, The Last Word Saloon and Lucky Liquor Co – teamed up with Ericka Duffy to create Cross Brew, which is made with cold-brewed dark-roasted coffee spirits, water and a small amount of sugar.

They say the 20% ABV drink can be used as a “deeper, richer option in any cocktail recipe that calls for coffee liqueur” and is “perfect served neat as a tipple or over ice as a digestif”.

It is now being served in five venues across the city: Bramble, Bacchus & Liber, Brauhaus, Beer Zoo and Royal Dick.
It’s not the first time Aikman and Scott have released an alcoholic drink.

They launched Seawolf, a white rum distilled in Scotland, in November last year after having joined forces with Gavin Ferguson of Vino wines.