Suppliers signal importance of quality workwear in the on-trade

CONSUMER expectations continue to climb when it comes to bars and restaurants.
From the food and drinks served in outlets to the fit-out of the interior, quality is king.
But offering premium brands, fresh ingredients and a top-notch interior can be futile if a venue’s staff don’t look the part. 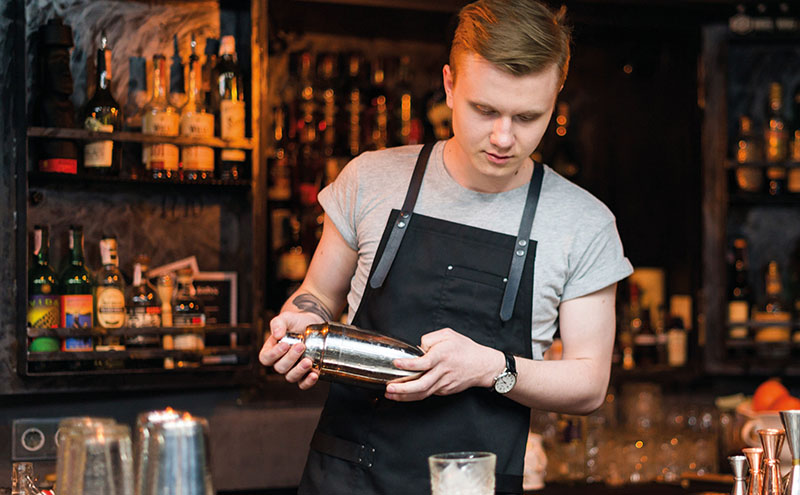 Workwear manufacturers and suppliers have espoused the virtues of even the smallest outlets having a co-ordinated, quality staff uniform, saying it can have a major impact on consumers’ first impressions of a bar or restaurant – and, in many cases, influence whether or not they will return.

Rick Shonfeld, director of Tibard, said workwear is an area operators shouldn’t neglect.
“While your food and ambience will ultimately play a big role in keeping customers happy, so too will the uniforms that your staff wear,” he said.
“It is important to complement the food and drink that you serve with staff that look professional and are clearly distinguished as employees of the business. Uniforms help to create a strong image of uniformity amongst a large group of people and it allows  your customers to feel safe and well looked after.”

Staff uniforms also play an important role in a bar or restaurant’s branding, according to workwear supplier Fruit of the Loom.
A spokeswoman for the firm said: “If you think of your favourite brands they all have a really clear identity, whether that’s a logo, the look of their retail outlets or their uniform. It’s the way brands outwardly demonstrate their core values and identity and an intrinsic way in which they connect with their target customers.”

As important as it is to choose workwear which reflects an outlet’s identity, operators should also consider broader trends.
Clothing suppliers said there has been a surge in businesses choosing T-shirts over traditional shirts – a pattern they say reflects a general shift towards informality across the trade.
Such developments have taken Shonfeld of Tibard by surprise.

He said: “A few years ago, we would never have expected our restaurant chain customers to be asking for T-shirts.
“Traditionally these have been seen as very informal garments, yes at a café or informal dining but not for formal or service dining. However, times have changed and T-shirts are fast replacing traditional shirts and blouses as the main choice for front-of-house wear.

“It isn’t actually all that difficult to understand why T-shirts are so popular. For a start these are not just T-shirts, they are personalised to the customer’s brand through print screening; so they look good, informal but ‘smart’ in the more modern sense of the word.”

Times have changed and T-shirts are fast replacing traditional shirts.

Tibard also revealed it has seen demand for aprons growing over the past two years, and that its customers are paying more attention to fabrics and brighter colours when choosing workwear.

While it’s worth taking note of changes in style, what never goes out of fashion is quality.
With employees wearing their uniform for each shift, it’s important to invest in well-made, durable garments.
“There’s no argument quality should always come first when it comes to uniform,” said the Fruit of the Loom spokeswoman.

“It’s something that will be worn day after day and stand up to the rigours of the job as well as the constant washing.”
Shonfeld at Tibard underlined the importance of choosing quality workwear.
He also advised that management give staff a degree of say in any changes to uniforms, claiming it can help them feel they are part of the business.

“Staff who feel comfortable in their uniform and look the part will project a much more welcoming image to customers, something that has never been more important in the current economic climate,” added Shonfeld.
“To that end we would always recommend that an employer carries out trials of garments with their staff rather than just leaving the decision up to the purchasing manager.

“Involving staff in the decision-making process adds worth to the chosen garment because they feel as though they have had direct involvement and their uniform hasn’t been forced upon them.”