PUB customers across Scotland have been encouraged to stretch their legs this month through a campaign for Italian beer brand Menabrea. 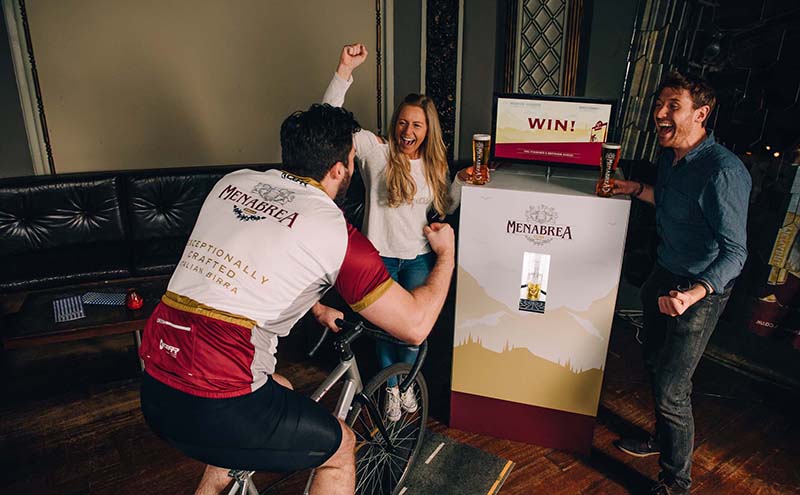 Launched to coincide with the Giro d’Italia, Italy’s best-known cycling event, a custom-made cycling machine dubbed the ‘Race to Biella’ bike has been touring Scottish bars throughout May. The machine, which is connected to a customised dispense unit, challenges customers to race against a virtual adversary in order to reach the hometown of the beer; the machine automatically rewards them for winning by pouring a chilled pint of Menabrea.

Winners who shared a picture of themselves on social media using the hashtag #RaceToBiella have been entered into a prize draw for a trip to the drink’s historic brewery in Biella.

Angus Lawrie, head of development brands at C&C Group, the firm behind Menabrea in the UK, said: “The Giro D’Italia is one of the oldest sporting events in Italy, and as Menabrea is made at the oldest brewery in Italy, we thought it would be great to celebrate the event by bringing a taste of Italian culture and sport to leading Scottish bars this May.
“The interactive ‘Race to Biella’ bike is a good fun challenge and what better for consumers than being poured a cold pint of Menabrea at the end of a tough mountain climb.”

The Race to Biella bike has visited a number of bars in Edinburgh and Glasgow.