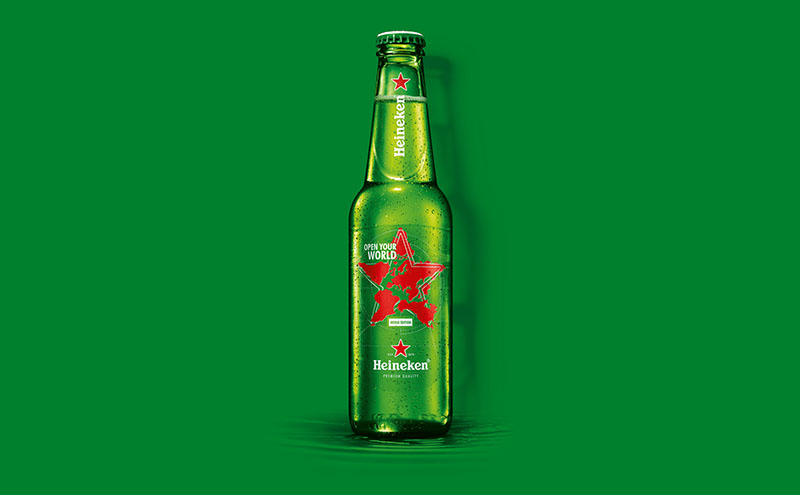 Heineken is showing the world a fresh face as part of its newly-launched Open Your World campaign.

The marketing activity, which promotes the idea that there is more to unite people than divide them, includes the launch of new limited edition packaging for Heineken’s bottles and cans.

The new design features a world map on the front and a ‘campaign manifesto’ on the back.

The broader Open Your World campaign has launched with a new advert, titled Worlds Apart, which sees two strangers with very different beliefs brought together to find common ground.

Heineken said that it intends the new campaign to boost sales throughout the summer.

“We believe that sharing a connection with someone over a beer is one of the ways in which our consumers can have a new experience that opens their world, and the new limited edition Open Your World packaging is a great way to encourage drinkers to do just that,” said Heineken head of marketing, Cindy Tervoort.