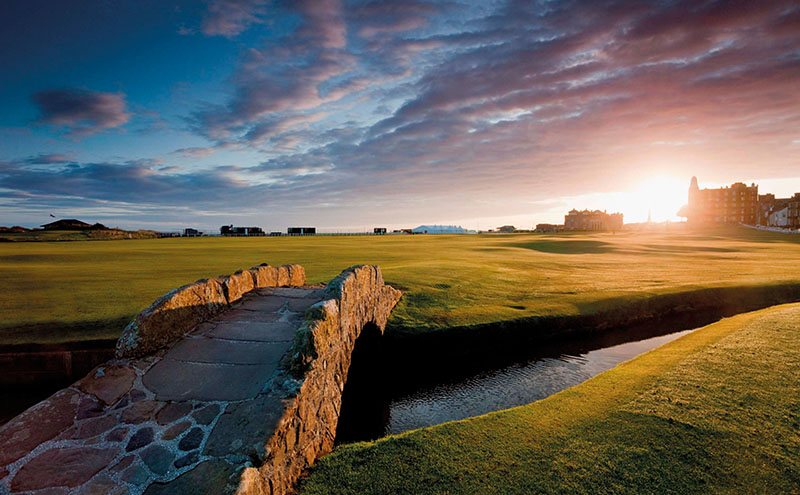 The last hole of the Old Course in St Andrews has been named the best in Scotland in a VisitScotland poll.
Known as the Tom Morris, the 18th was voted both Best Hole and Best Closing Hole in the survey of 3000 golfers, while the 17th was voted Best Par 4 in Scotland. Best Par 3 and 5 went to the 8th hole at Royal Troon and the 12th at Kingsbarns Golf Club respectively; the 9th hole at Cruden Bay Golf Club on the Aberdeenshire coast claimed the award for Best View; and the Machrihanish Golf Club in Argyll was voted as having the Best Opening Hole.
The poll was conducted to decide which golf courses exhibited #ScotSpirit – a feature of VisitScotland’s Spirit of Scotland campaign.