This is an important year for Perth-based Inveralmond Brewery.
The company, which produces a core range of beers that includes Ossian and Lia Fail as well as seasonal releases throughout the year, celebrates its 20th anniversary this month.

And the brewer has also just marked a year under the ownership of Innis & Gunn, which acquired Inveralmond last April for £3.1 million.
To mark both milestones, Inveralmond last month relaunched its core range with new branding and a new beer, with a second addition due to arrive in the coming months.

The new-look labels and pump clips for the beers, created by Glasgow firm Freytag Anderson and featuring illustrations by Skye-based artist Peter McDermott, are inspired by vintage railway posters; they also feature an update of Inveralmond’s established celtic knot logo.

And the brewery itself is also undergoing a facelift, with a £750,000 investment including the construction of a barrel-ageing hall as well as a raft of new equipment that should see production increase by 150%.
The first new brew, EPA, is a 3.8% ABV Edinburgh pale ale. It joins golden ale Ossian and amber ale Lia Fail in the revamped core range. 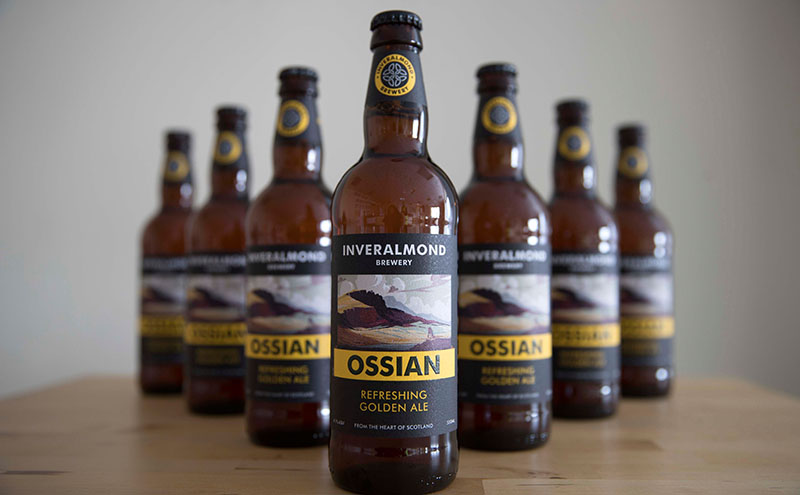 Speaking at the relaunch event in Glasgow last month, Fergus Clark, founder and managing director of Inveralmond Brewery, said: “Edinburgh pale ales are one of the beers that helped to promote great British beers across the world in the 19th century, and we’re delighted at Inveralmond to be helping pave the way for craft beer production in Scotland by producing fantastic beer like EPA.”

Head brewer Ken Duncan, who joined Inveralmond in 1999, described the new beer as “a real symphony of hops”.
“But it’s not what you might expect, because when people think of hoppy beer they think of really big-hitting flavours,” he said.

“It’s a really good, 3.8%, quaffable strength. It’s a nice beer.”
Ossian, Lia Fail and EPA will be joined in the coming months by another new beer, Daracha.
A ruby ale matured in whisky casks, Daracha will initially be available solely in bottled format before being introduced in cask later in the year. 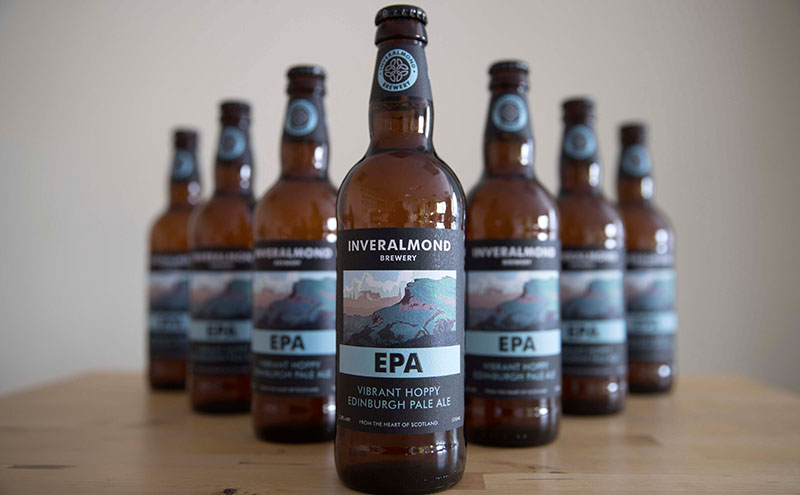 Aly Bayne of Innis & Gunn said refreshing the Inveralmond range is “not about changing what the guys do or have done”.
“It’s about helping to amplify that a bit and broadening the range a bit to make sure it’s catering to different tastes,” said Bayne.

The whole point is to make great beer. We do it because we love beer.

“The EPA is a little bit lighter, probably, than Ossian and Lia Fail. It offers something that little bit fresher. Daracha comes at the top, with it’s bigger flavours and barrel-ageing.

Duncan said that joining forces with Innis & Gunn has given the Inveralmond team more opportunities to experiment.

“In the last twelve months we’ve got together with Innis & Gunn and they’ve opened the doors to us to do all sorts of amazing things,” he said.

“We’re building a barrel store for barrel-ageing beers, which we could never have dreamed of before. We’re putting enormous amounts of tank capacity in, all sorts of equipment for the technical man like myself.
“But the whole point of this is to make great beer. And we do it because we love beer.
“We’re beer-mad.”