WITH summer fast approaching, this could be the ideal time for licensees to consider the range of bottled beers in their fridges.

Drinks firms say there is considerable potential for the on-trade to boost revenues through sales of bottled beers – providing operators take a pro-active approach. 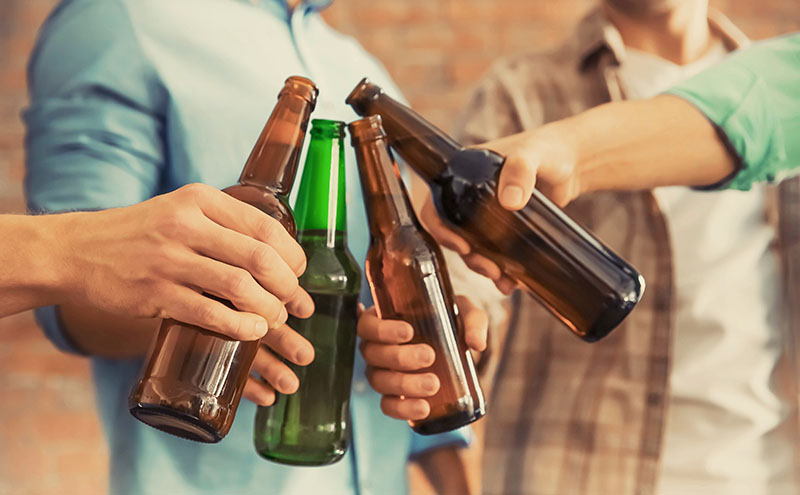 Beer menus are, more and more, being held up as a top tip for selling bottled beers; but a diverse range as well as better staff knowledge and engagement are also important to driving sales.

Liam Newton, vice president of marketing at Carlsberg, believes that a well-chosen array of beers with their own designated menu can boost sales.

Simple solutions, such as a chalkboard outlining the range available, are great options.

He said: “Bottled beer has developed a strong fan-base across a broad spectrum of consumer groups, however millennials and women in particular are drawn to it as they continue to search out a more personalised and diverse offering.

“Simple solutions, such as a chalkboard outlining the choice available and ensuring staff are knowledgeable about the offering, are great options.

“Producing a beer menu can also help make the consumer journey as easy as possible.”
Stephen Kofler, of Krombacher, said menus can cater to customers’ increasing curiosity about what they’re drinking.

“Consumers are definitely taking more of an interest in where, how and by who a beer is produced so offering a unique and exciting range is a great way for operators to distinguish themselves from the masses and create a buzz,” said Kofler.

“Many operators don’t give beer the space it deserves in menus and it’s a mistake as it is a great product for the cross-sell, just like wine.
“Nowadays most menus are available online and it’s an opportunity missed if beers aren’t included, as the modern consumer places a huge importance on the beer range.”

While it may not be a revolutionary idea, the significance of enthusiastic and knowledgeable staff who can up-sell their venue’s range effectively has also been stressed.

It makes sense that an informed bartender can better advise and impress the customer, persuading them to try a new style or flavour which will appeal to their taste and satisfy the new-found inquisitiveness in the beer market.

“Beer training is vital so that staff have the skills, information and confidence to pour correctly, manage issues and talk about the range confidently to customers; plus, where possible, offer food recommendations,” said Kofler.
Graham Archibald, of importer and distributor Morgenrot, agreed.

“Staff should be confident enough to talk about the new arrivals too and have a few food matches to recommend as well as this can be a fantastic tool to up-sell,” he said.

The increasing number of consumers opting for beers beyond the major draught brands, in particular, isn’t lost on producers, who reckon licensees can capitalise on shifting changes in the market.

Andy Wingate at Heineken said there is plenty of room for growth in craft beer sales.
“The rise in interest in craft beer is encouraging customers to be more experimental, but, just like with draught, the volume of packaged lager still goes through tried and trusted favourites,” said Wingate.

“There’s no doubt, however, that craft is a growing segment and outlets should consider adding them to their offering.
“We know that 75% of beer drinkers have yet to try a ‘craft’ beer so there is a good opportunity for further growth in this area.”

Additionally, the ease of stocking bottles has been highlighted as an advantage to trial a broad range before considering putting it on draught.

“Trying a brand out in the fridge before installing it on the bar is a great way to gauge consumer pull,” said Aaron Millar at Molson Coors.

This is a view echoed by James Dempsey of East Lothian’s Eyeball Brewing.

“Bottled beers can allow outlets to benefit from beers that might not be so easy to put on draught,” said Dempsey.
“Not everywhere can dedicate a keg line to a 6.5% ABV dark lager, for example, but a well thought out bottle menu can offer diversity and appeal to important niche markets.”

And Keith Brewery said the continued rising interest in craft beers from the fridge has been great news, not just for producers but for bars too.

“While bottled packaging has been crucial to the growth of craft beer in the UK, it should be pointed out that, in return, craft beer has reinvigorated fridges in the on-trade, often making them the first point of reference when the consumer engages with the bar person,” said Andrew Chapman, chief operating officer at Keith.

“The demand from pubs for our bottles has continued to grow over the last 12 months, providing 46.4% year on year growth.”
And as the temperature (hopefully) rises, Chapman reckons this thirst will not abate.
“Summer is always a popular time for bottled beer in general,” he added.

“As more outlets look to match beer with food served, bottles become more popular due to the size and choice available.”