HOTEL group Rocco Forte is carrying out a multi-million pound refurbishment of The Balmoral in Edinburgh. 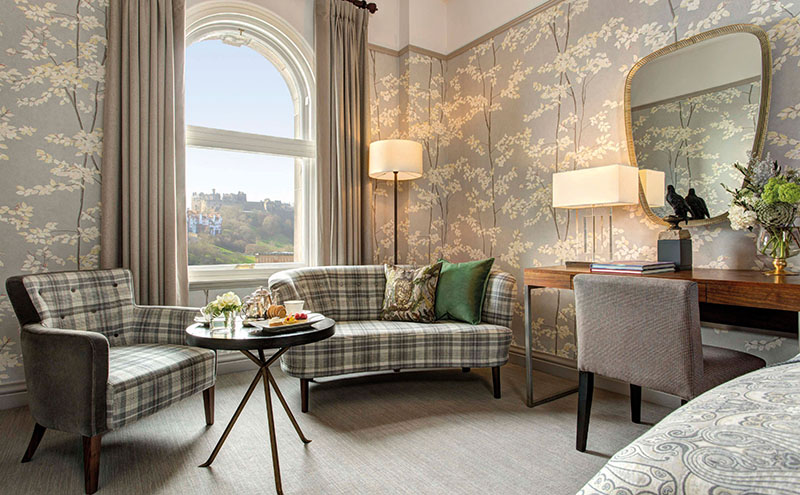 Chief amongst the upgrades, to be unveiled this summer, is the hotel’s west wing, which includes 37 castle-facing rooms, a deluxe suite, the JK Rowling Suite, and its three function suites.

The new rooms and suites will have a woodland theme, featuring a colour palette of blues, greens, greys and purples; the colours are said to evoke the Scottish lochs and heather and are designed to reflect the Scottish landscape.

The ‘sylvan’ theme will also extend to the wallpaper, which will feature trees and foliage, while the carved mirrors and tables will have bronze branch-like legs. Further new furniture and fittings will include handmade beds by Glencraft, cushions from Timorous Beasties, and various fabrics from Scottish firm the Isle of Mill.

The refurbishment plans come as Rocco Forte Hotels celebrates its 20th anniversary, and two years after the group invested in The Balmoral’s Michelin-starred restaurant, Number One.