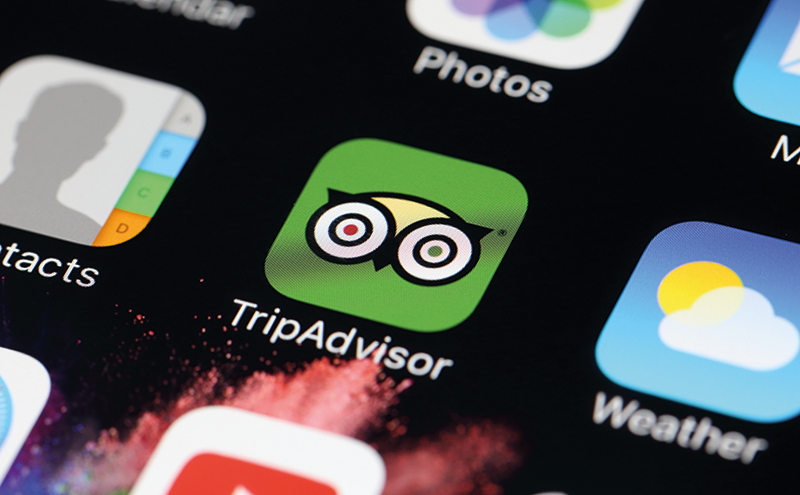 A NEW partnership between VisitScotland and TripAdvisor is said to hold the potential to inject up to £150 million into Scotland’s economy.

The deal, announced by first minister Nicola Sturgeon, will see Scotland promoted to a claimed 70 million potential new visitors, reflecting the scale of TripAdvisor, which has grown exponentially since its inception in 2000.

But what impact has it already had on the licensed trade?

An Oxford Economics study released earlier this year claimed to quantify its impact.

Key findings in the report indicated the site had significant sway, with TripAdvisor content said to have influenced a total of 8.7 million trips and 90.7m visitor nights in the UK in 2014.

In the same year, 37,000 accommodation properties received more than 1.4m reviews; and since 2006, reviews are said to have grown 34-fold.

VisitScotland ratified the report’s findings as its Scotland Visitor Survey 2015 found that 66% of visitors used traveller-submitted reviews and ratings as “a key planning tool”.

Commenting on TripAdvisor’s growing influence following the publication of the Oxford Economics study, Marc Crothall, chief executive of the Scottish Tourism Alliance, told SLTN that the site “is now acknowledged as a standard research tool for visitors”.

However, Paul Waterson, chief executive of The Scottish Licensed Trade Association (SLTA), took issue with some aspects of TripAdvisor, specifically what he described as “gross inconsistencies” in reviews and the lack of verification required to publish them.

“For a company of that size to not have verification systems in place is ridiculous,” he said.

Waterson highlighted other problems, including customers allegedly ‘blackmailing’ owners with the threat of bad reviews, and businesses being labelled incorrectly.

One such example is The Pot Still in Glasgow.

Having not set up a TripAdvisor page (it automatically populates with just one customer review), co-owner of the pub Geraldine Murphy was bemused to find that TripAdvisor had incorrectly labelled the whisky bar as a restaurant; and at one stage two years ago, it was ranked the number one restaurant in Glasgow, which Murphy said highlights the potential for error.

She said “from a business point of view, you have to take it with a pinch of salt”.

Similarly, Fiona Christie, manager of the Red Poppy Restaurant in Strathpeffer, told SLTN that while TripAdvisor helps people locate the outlet, it also has its drawbacks.

Having moved premises, Red Poppy received reviews for the new occupant of its previous address; Christie said TripAdvisor took weeks to remove the reviews meant for the other restaurant, which she said “could have hindered us quite a lot”.

Another issue with the site, according to Christie, is “people being able to write what they want even if it’s not true”, which she said can be “quite hard to take” as a small business owner.

Alice Silverwood, who co-owns The Old Mill in Killearn and The Inn at Kippen, echoed this view.  She said she has “mixed” feelings towards the site and tries to pay less attention to it, as she feels it can be “horrendous” for the confidence of small businesses.

Others take a different stance, opting to screen what reviews are responded to.

Donald Ward, manager of The Castle Arms pub in Edinburgh, said: “If it’s just a frivolous report and it’s not fair, then we just ignore it.”

But when feedback is constructive, it can be a useful tool, according to Luca Becattelli, director of The Cobbles in Kelso.

He said it allows you to “pinpoint where you can do better”, adding that it’s “not going away so you have to embrace it and hope for the best”.

Recognising the role online review sites have to play in 2017, several businesses now incorporate TripAdvisor into their social media training.

Thom Watt, digital manager at PR firm Weber Shandwick, said: “Bad reviews may be out of your control, but how you react to them is not.”

Following the announcement of VisitScotland’s new partnership with TripAdvisor, Charlie Smith, director of marketing and digital at the tourism marketing body, said the deal “will help us put Scotland’s regions, cities and unique experiences on the world stage and to grow our tourism industry for future generations”.

Robin Ingle, senior vice president of sales at TripAdvisor, said: “We are looking forward to utilising TripAdvisor’s data, scale and access to millions of travellers to work with Scotland and highlight all the country has to offer.”