OPERATORS looking for a hotel steeped in history may be interested in the Best Western Queens Hotel. 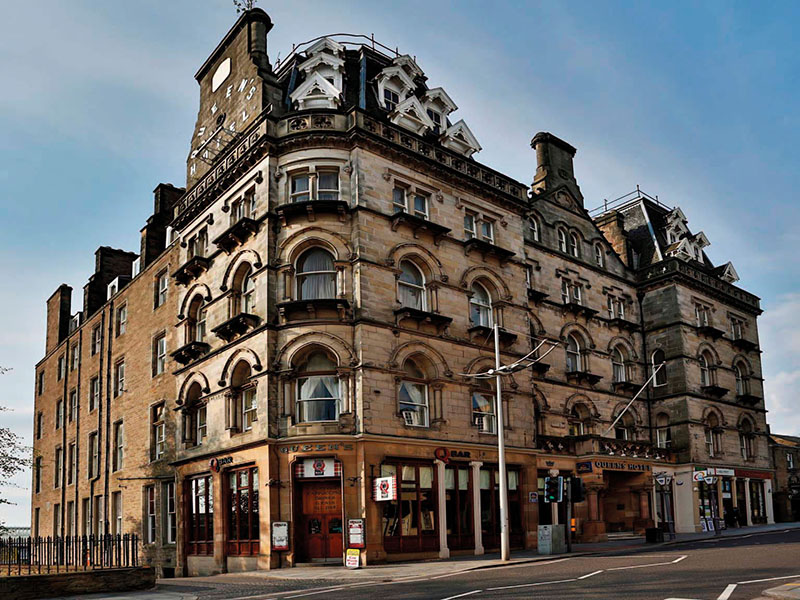 For sale via property firm Christie & Co, the hotel was constructed in 1878 and over the years is said to have played a key role in Dundee’s history; Winston Churchill used it as his base from 1908 to 1922 during his time as MP for Dundee, and Frank Sinatra is said to have stayed at the hotel in 1947 during his only visit and show in the city.

With exciting changes across the city it felt like the time to pass the baton.

Owned by independent hotelier Gordon Sneddon for the past 20 years, the 53-bedroom hotel is set across six floors and comprises Q Bar – a bar and restaurant on the ground floor, separate breakfast room and a range of function suites.
The hotel is said to have a well established functions business, including around 200 weddings each year.

The venue also has potential for expansion, with planning permission for an additional eight bedrooms already secured.
Current owner Sneddon said that “with the exciting changes taking place across the city and the opportunities opening up every day, it felt like the right time to pass the baton on to a new owner”.

Stuart Drysdale of Christie & Co said the hotel “is a fantastic opportunity for a new owner to build upon a successfully established business in an excellent location”.
The Best Western Queens hotel is on the market with a price tag of £2.75 million for the freehold.