Tennent’s aims to bolster its green credentials with a new fleet of lower emission vehicles.
The move signals a major investment in the wholesaler’s transport infrastructure; the new trucks, which have Euro 6 diesel engines, are said to have improved fuel economy and lower CO2 emissions. 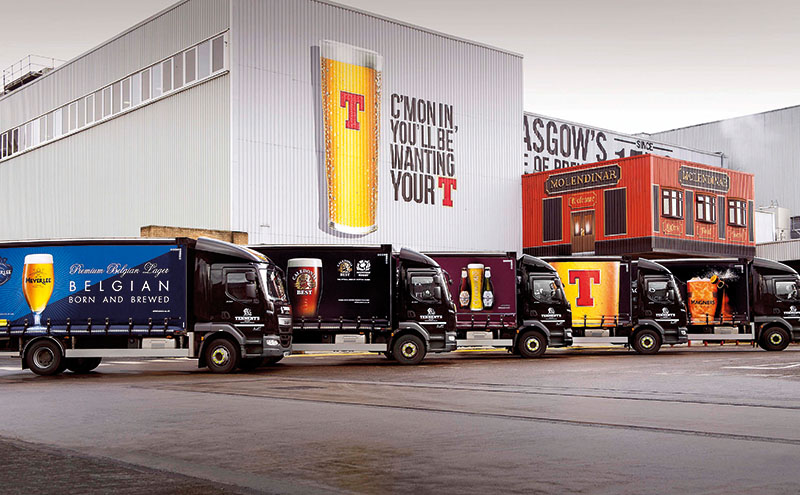 The trucks, which will carry the livery of Tennent’s brands, are said to be part of the company’s commitment to reducing its impact on the environment, and follow what’s described as major investment in upgrading equipment and monitoring systems at its Wellpark Brewery in Glasgow.

Group operations director Pat Morrissey said operating in a responsible manner is a “key priority” for the company.
“We’ve invested in this new fleet of vehicles to ensure we’re operating more efficiently to meet our commitment to reduce our environmental impact,” said Morrissey.