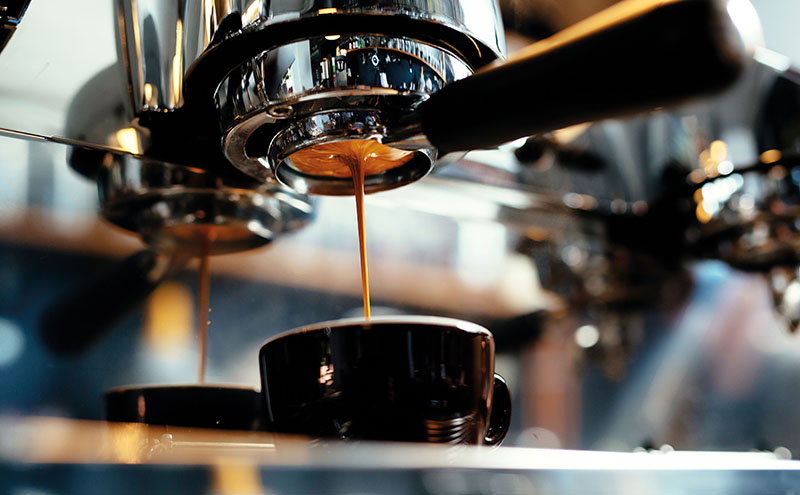 However, licensed premises are typically failing to impress customers, according to the study.
The survey of 750 people found that consumers rate the quality of coffee in pubs and bars as average – scoring it just three out of five, with almost half (44%) of customers admitting they would be put off returning to a pub that served poor quality coffee.

However, it also found that 41% of respondents would buy more coffee more often in pubs if the quality was better.
And, with the report also finding that more than a third of consumers purchase coffee at least four times a week (and almost two thirds are willing to pay £2.99 per cup), there’s said to be a “significant opportunity” for pubs and bars willing to improve the quality of their offer.

Opening hours was said to be an opportunity; if pubs or bars opened earlier, 28% of consumers stated they would opt to purchase a morning coffee there instead of from a high street coffee shop.

There’s opportunity for restaurants too. According to the study, nearly two thirds (63%) of customers believe that a high quality cup of coffee at the end of a meal makes the difference between a ‘good quality’ experience and a ‘great’ one.
And almost a third (31%) of diners order coffee instead of a dessert when eating out.

“For pubs and bars keen to diversify, grow and retain their customer base, or to set themselves apart from the competition, high-quality coffee is key,” he said.

“The results from our research clearly shows that consumers are willing to drink more coffee in pubs and bars – in turn, operators must be willing to give coffee the same attention as they do their alcohol or food offers.”