OPERATORS looking to make a move into Ayrshire might be interested in The Cochrane Inn, which has come onto the books of property firm Christie & Co. 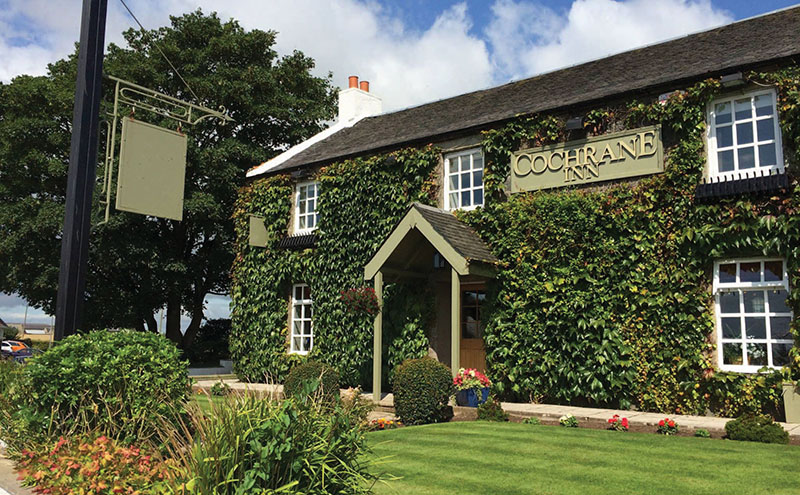 Occupying a prominent trading position in the village of Gatehead, less than two miles from Kilmarnock, The Cochrane Inn is described as a popular eatery – attracting both locals and those from further afield.
Internally, the restaurant is split into two areas with a central bar servery which extends into both seating areas.
The 70-cover restaurant is furnished with a combination of freestanding tables and chairs and banquette seating. The kitchen is located at the back of the property along with the cellar.

The inn attracts locals and customers from further afield.

Externally, there’s a patio area at the front of the property, which is said to be popular during the summer months, and a car park.
Included in the sale is a two-bedroom owner’s flat located on the upper level.
Christie & Co, which is handling the sale on behalf of Costley & Costley, said the property is “immaculately presented” and has built a “tremendous reputation for the standard of the food and service”.
“The premises is presented in first class order and attracts custom from Ayrshire and indeed Glasgow,” said the agent.
“The business opportunity would appeal to a chef proprietor or alternatively someone looking to continue as it’s presently operated.”
Offers in the region of £650,000 are being sought for the freehold.