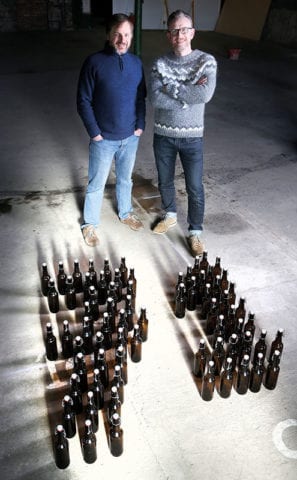 As part of the sponsorship, the Dundonian brewer will be the official lager partner across the festival, with 71 Lager on sale to festival-goers across the two-day event (August 12 and 13) at Camperdown Park.

Duncan Alexander, founder of 71 Brewing, said: “Carnival Fifty Six will be one of Scotland’s biggest music festivals and what an incredible line-up for the first year. There’s capacity for 15,000 people on the site and the fact that everyone will be drinking 71 Lager in my home city makes me excited beyond words to be a part of this.”

Carnival Fifty Six’s festival director, Craig Blyth, said he is “delighted” with the partnership.
“The company’s values, its product and its ambitious vision for the future had a great synergy with the festival,” said Blyth.

Various acts have been confirmed for the festival, including Mark Ronson, Rudimental and Clean Bandit.