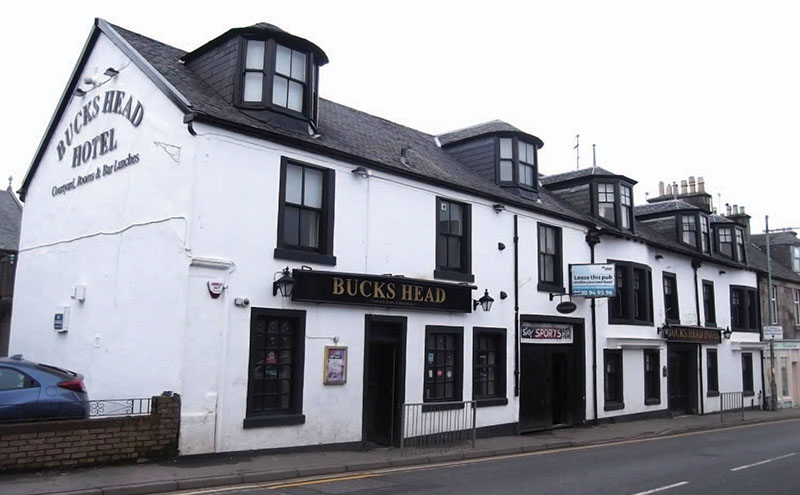 A SOUTH Lanarkshire hotel with links to the early days of motor transport in Scotland is for sale.
Located in Strathaven town centre, the Bucks Head Hotel is a former coaching inn that’s said to be referenced as far back as the late 19th century, and in the Michelin Guide of 1923, where its garage and inspection pit are mentioned.
Today, the hotel comprises a large public bar and restaurant and seven en suite letting rooms.
Paul Shiells of Colliers International, which is marketing the business on behalf of Star Pubs & Bars at offers in the region of £225,000, said the hotel attracts trade from locals as well as visitors to the town.
“A C-listed building with great character and many period features, including stained glass windows and signage, it remains a thriving business with great potential to further capitalise on its rich history,” he said.