SOMERSET-based cider maker Thatchers has launched two new canned ciders as part of a revamp of its craft cider range. 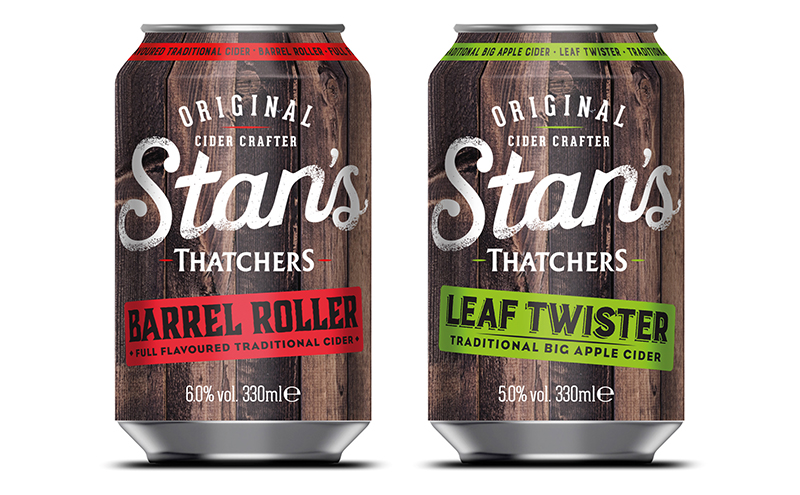 The two new variants join the Stan’s range, named after second generation cidermaker Stan Thatcher, and are available in 330ml can format.
Leaf Twister is a 5% ABV cider described as “softly-rounded and medium-dry”, made from local bittersweet apples including Somerset Redstreak and Dabinett.
The second canned variant, Barrel Roller, is a 6% ABV cider said to be based on one of Stan Thatcher’s original recipes.
Stan’s range also includes traditional ciders Trad, Cheddar Valley and Big Apple, which are available in both bag-in-box and draught formats in the on-trade.
Martin Thatcher, fourth generation cider maker at Thatchers, said his grandfather would be “very proud to have his name on this range”.
“He was a true artisan cidermaker and many of the skills and traditions we still hold dear today originated with him,” said Thatcher.
“He was also a pioneer, and it’s therefore fitting that we are introducing our first two canned trad ciders in his name.”