DANISH brewer Carlsberg is pushing its Scandinavian credentials with the release of a new range of limited edition packaging for its 3.8% ABV Carlsberg beer. 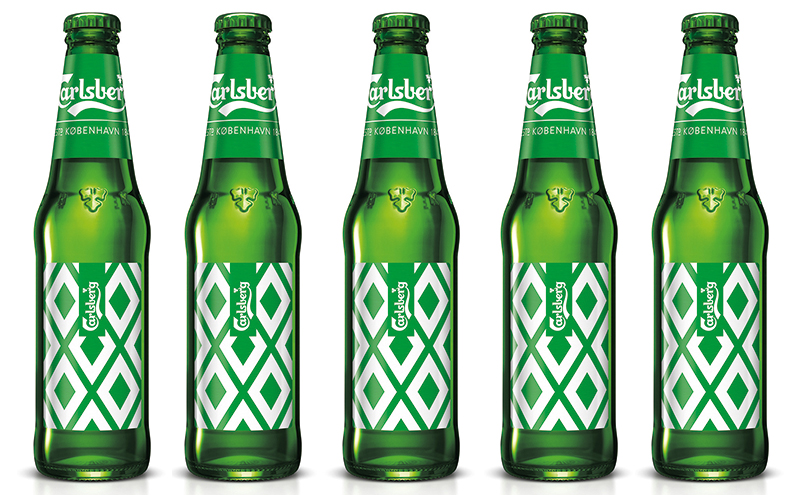 Called the København Collection, the limited edition design has been launched as part of a planned £15 million marketing campaign targeted at young adult drinkers.
Said to be inspired by the “beautiful simplicity” of Danish design, each bottle and can in the København Collection is intended to represent an “abstract interpretation” of beer ingredients barley, hops, and brewer’s yeast.
The limited edition release is available in 330ml bottles for the on-trade until September with a variety of can and bottle formats available to the off-trade.
Further marketing for Carlsberg is expected to get underway in April and will also focus on the brand’s Danish heritage.