Opportunity to make the most of spirit’s diversity

LAST year was a great one for producers of golden and dark rum, with both styles in growth, according to figures from CGA, while white rum continues to be a hit. But what’s next for the category? 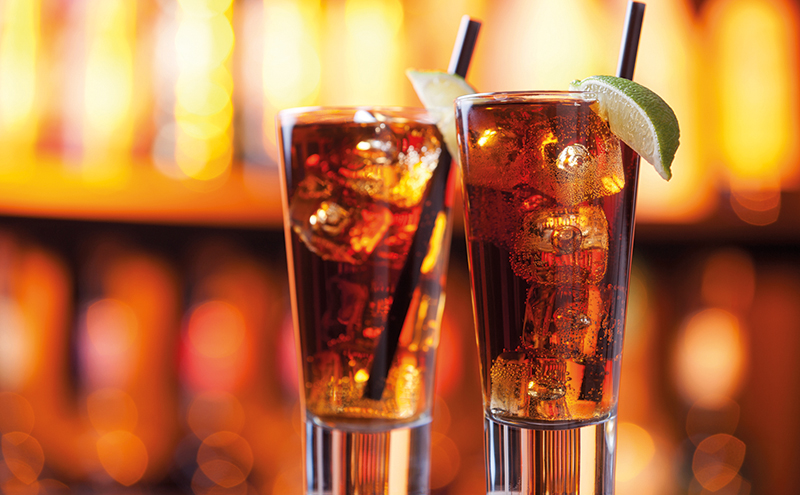 Further growth for premium rums seems to be the answer, as producers and distributors point to increasing demand from a more discerning customer.
Paul McFadyen, brand ambassador for Plantation Rums, said Scotland has experienced a “massive renaissance in rum” over the last decade.

This is good news for the on-trade, according to McFadyen, who reckons pound for pound “rum is probably the best value spirit in the world”.
“For less than £50, consumers can buy most of the finest rums ever made with incredible variety,” said McFadyen.
The driving force behind rum’s expansion is growth at the premium end of the spectrum, which McFadyen said has “boomed the last few years”.
“A good rum range can now offer something to any consumer of fine spirits,” said McFadyen.

An emerging interest in connoisseurship is breathing life into the rum category.

“Vodka lovers will appreciate Latin style, column still rums from Cuba and Puerto Rico, whisky drinkers will see echoes of their favourite spirit in heavily aged rums from the English speaking Caribbean, like Jamaica or Guyana.

“Lovers of the sweet stuff will adore smooth brands like Diplomatico or the Plantation XO, or spiced rums such as Sailor Jerry and Chairman’s Reserve Spiced. There’s a rum for everyone.”
Ian Peart, channel director for the on-trade at Pernod Ricard UK, the firm behind Havana Club, agreed that operators can “benefit massively” from stocking a selection of premium rums, and especially aged rums.
“Providing wider choice for a consumer is essential these days, especially with a growing, younger demographic that are keen to branch out in terms of taste,” said Peart.

“It is no longer unfashionable to sip neat spirits, and with the rise of the Old Fashioned as a mixed drink, stocking a wider selection of aged spirits gives scope to explore new flavour combinations and original serves.”
Describing rum as an “extremely versatile spirit”, Peart said he has seen many operators who have “brought an interesting depth to their menu” by substituting rum in classic cocktails that usually call for either whisky or Cognac, while the classics still cater to many customers.
“The growing importance of classics such as Mojito and Cuba Libre should also not be forgotten as they act as a fantastic option for a wider customer base that is new to cocktail drinking,” he said.

For those looking to expand their rum range, Peart said it’s “important to ensure that you have a premium offering”.
“With the increased importance of premiumisation in the on-trade, outlets must ensure that they are suitably stocked to benefit,” said Peart.
“You absolutely need to gauge how your customer will consume these new products.
“If you have a large customer base that enjoys sipping neat spirits, start with some easier drinking, neater styles of rum to keep this audience engaged.”
For a well-balanced rum range, Peart suggested publicans tick boxes across the category to ensure they can satisfy all types of rum drinker.

“An ideal collection would contain two white rums for cocktails, such as Havana Club Three Year Old plus one Rhum Agricole, a golden style of rum for mixers such as Cuba Libre, and three or four sipping rums from various territories, with a reasonable spread of price point,” he said.
The need to stock a broad range of premium products was also highlighted by Halewood Wines & Spirits, the firm behind Liverpool Rum.

A spokeswoman for the firm said there is an “emerging interest in connoisseurship” from on-trade customers, which is “breathing life into the category”.
“Consumers value premium properties – from origin and provenance to deliver experience and style,” she said. “It’s about finding that compelling point of difference.”