IT’S fair to say that gin was one of the star spirits of the on-trade throughout last year, with a raft of new brands and products entering the market. 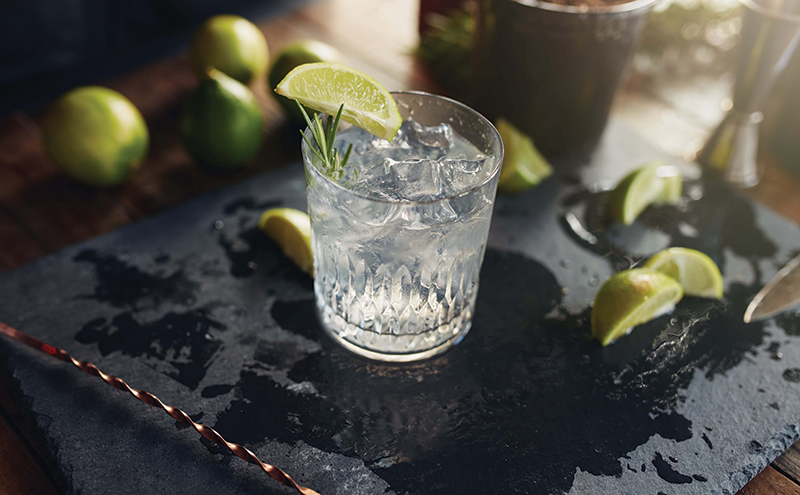 In fact, gin’s dominance in the last 12 months led to 2016 being dubbed ‘the year of gin’ by the Wine and Spirit Trade Association (WSTA).
Figures supplied by the association certainly support the claim.
According to the WSTA, 2016 saw the largest ever volume of gin sales in the UK, with the equivalent of 40 million bottles sold in the on and off-trades, bringing the category above £1 billion for the first time.

Gin sales have grown more than any other spirit sold in UK pubs, bars and restaurants.

The report revealed that gin sales in pubs, bars and restaurants increased by 19% in the 12 months to October 2016 when compared to the same period in 2015; gin sales are said to have totalled a value of £619m in the on-trade, singling it out as the fastest-growing spirit in pubs and bars in the course of the year.

To put these figures into context, the WSTA reckons that since the launch of the Market Report in 2012, gin sales have increased by £300m – the equivalent of an annual boost of £3750 per pub in the UK.
Gin production continues to increase as well.
Quoting HMRC, the WSTA reported that in 2010 there were 116 distilleries in existence within the UK. And during the last two years alone, close to 100 new distilleries have opened (56 in 2015 and 40 in 2016), with many producing gin.
Miles Beale, chief executive of the WSTA, said the trade group is “pleased” and hopes the government will do what it can to support the growing industry.
“We hope that the government supports our innovative gin makers who have driven an extraordinary increase in UK exports, up 166% since 2000,” said Beale.
“We would like to remind government that cutting excise duty boosts business and brings more money into the Treasury.
“Let’s make sure gin continues to boom in 2017.”
Research firm Euromonitor has predicted that the gin category will indeed continue to grow in the coming years, potentially overtaking blended Scotch whisky by 2020. It reported that in 2015, sales of blended Scotch whisky totalled £1.28bn, while gin sales totalled £1.07bn.
Total figures for 2016 were forecast to reach £1.15bn for gin, while blended Scotch dipped to £1.25bn. From there, Euromonitor predicted Scotch sales will continue to drop in the next few years, while gin grows in value.
Euromonitor expects gin to be worth £1.37bn in 2020, with blended Scotch worth £1.17bn.
Jeremy Cunnington, senior analyst at Euromonitor International, attributed the continued growth of the gin category to several factors, including the increasing number of micro-distilleries and innovation and experimentation with botanicals.

We hope the government supports our innovative gin makers.

“Blended Scotch continues to suffer from volume decline thanks to an old fashioned and hence low rent image compounded by discounting,” said Cunnington.
“Gin was suffering a similar fate, but the development of the super-premium category led by William Grant’s Hendrick’s brand and the rise of the craft movement and cocktail culture has helped not only drive volume growth but also premiumise the category.”