FOODSERVICE wholesaler Brakes Scotland has expanded its craft beer, cider and gin ranges as it looks to offer more Scottish drinks brands to its customers. 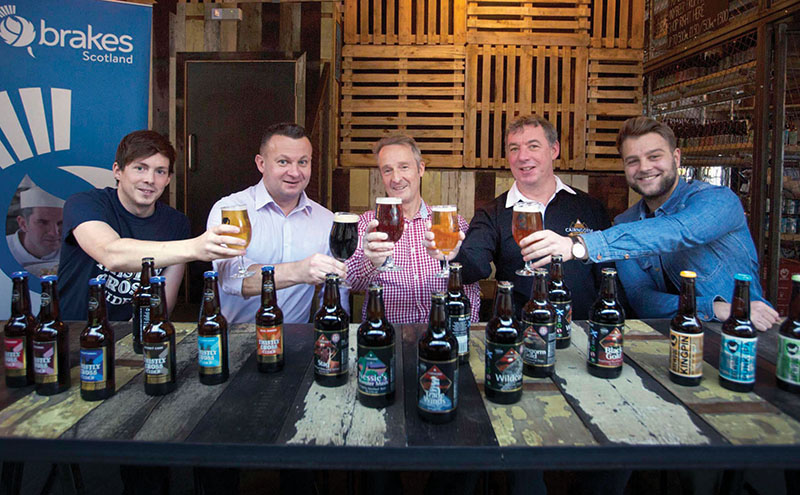 The firm’s craft beer range now features more than 90 beers from 26 Scottish breweries, nine different ciders and eight gins.
John McLintock, operations director of Brakes Scotland, said the company’s craft range is “second to none in foodservice”.
“Going from zero to more than 90 craft ales is no mean feat,” said McLintock.
“We now have a range that spans the country so that every customer from the Borders to the Highlands can offer an ale that is local to them and in doing so hopefully assist in sustaining the craft ale industry in Scotland.”
The drinks brands were selected in conjunction with another wholesaler, Food & Drink Hub.
Steve Wallace, head of commercial at Food & Drink Hub, said: “The craft beer scene in Scotland is thriving as customers strive to try the different styles of beers being brewed by both established and new breweries alike. We are delighted to be working with Brakes Scotland, the Scottish brewing community as well as Scottish cider makers and gin distillers to bring this exciting new range to foodservice and new customers.”