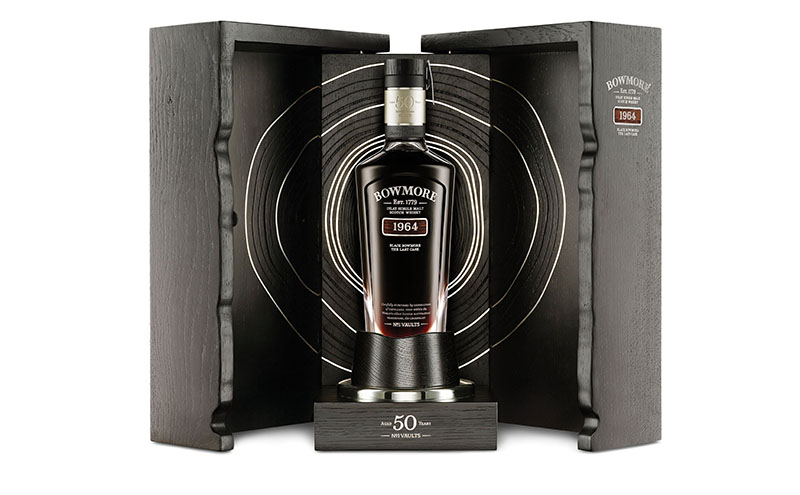 THE final release of the Black Bowmore 1964 distillation series has been unveiled – and it’s the oldest release yet.
Having launched globally on November 1, Black Bowmore 50 Year Old The Last Cask is the fifth and final release in the collection, and has spent 50 years maturing in what Bowmore claims is the world’s oldest Scotch maturation warehouse; it makes it the oldest expression in the series.
With only 159 bottles available internationally, just ten bottles have made their way to UK whisky specialists, with a recommended price of £16,000 each.