THE Isle of Arran Distillery has released a limited edition anniversary bottling to celebrate 21 years at its Lochranza site.
Liquid for the 21st anniversary bottling was selected by master distiller James MacTaggart, who is said to have handpicked a selection of ex-sherry hogsheads from the first three years of production at the distillery. 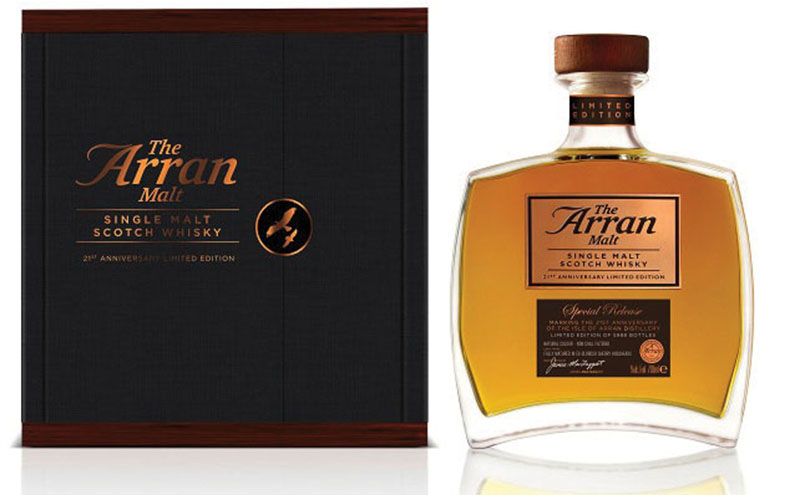 Tasting notes for the limited edition release describe the whisky as having hints of pears and honey combined with a touch of basil and black pepper spice.
Adding water to the dram is said to reveal the citrus character of the distillery accompanied by a hint of marzipan followed by a “warming finish of ginger and lemongrass”.
MacTaggart said that for the limited edition release, he chose “a selection of our oldest ex-oloroso sherry hogsheads”.
“Over the years, the fresh notes of citrus and malt in our delicate new spirit have integrated beautifully,” said MacTaggart.
“The nose is rich and fruity with a luxurious palate leading to a long and satisfying finish.
“It has been a pleasure to nurture the maturation of this precious spirit and see it become the most fitting dram with which to toast our 21st anniversary.”
Only 5988 bottles of the 52.6% ABV 21st anniversary expression have been released.