A NEW bar in Glasgow’s Finnieston area has become the first in the city – and just the second outlet in Scotland and eighth in the UK – to stock Krušovice tank beer. 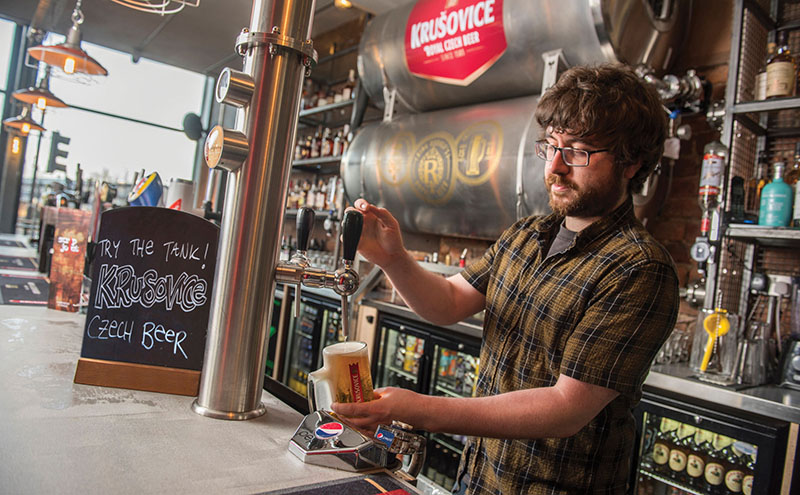 Strip Joint, launched late last year by Mark Lappin and his team under a leasehold agreement with Heineken-owned pubco Star Pubs & Bars, has two 500-litre stainless steel tanks of the Czech beer on the back-bar (pictured).
Neil Williamson, UK sales manager – international brands at Heineken UK, said the tank beer, which is also stocked by The Newsroom in Edinburgh, offers a number of benefits.
“It is fresher,” he said. “And it’s a talking point and can help drive footfall and interest.”
Lappin said the beer, which is served in a branded tankard-style glass, is proving popular with Strip Joint’s customers.
“It’s a great drink,” he said. “And the theatre of it is great – from the tanks behind the bar to the tankard it’s served in.
“We’re selling it at £4.95, it’s a premium drink and it flies out the door. It’s about 60% or 70% of our draught sales.”