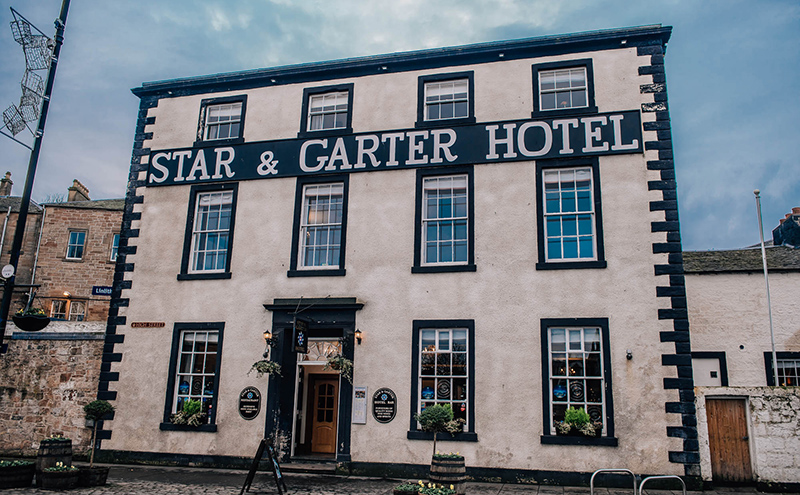 HOTELS group Manorview has bought the Star & Garter Hotel in Linlithgow for an undisclosed sum.

The firm, which has a portfolio of eight boutique hotels including Boclair House Hotel in Milngavie, The Lynnhurst in Johnstone and Cornhill Castle in Biggar, acquired the five-bedroom hotel from directors Ross Wilkie, David Kennedy and John Ward.

Located on Linlithgow’s High Street, the property was built in 1759 and was home to the Boyd family before being turned into a public house in the 1840s. The hotel was gutted by a fire in 2010 and lay empty for more than two years before being restored by Wilkie and Kennedy, who reopened it in 2013.

Manorview Hotels & Leisure Group said it is “business as usual” at the hotel ahead of a planned six-figure refurbishment of the bar and restaurant in spring.

“The Star & Garter occupies an excellent central location in the historical town of Linlithgow and has a fascinating background,” she said.

“It’s a much-loved hub of the town and we’re looking forward to becoming part of the community.”