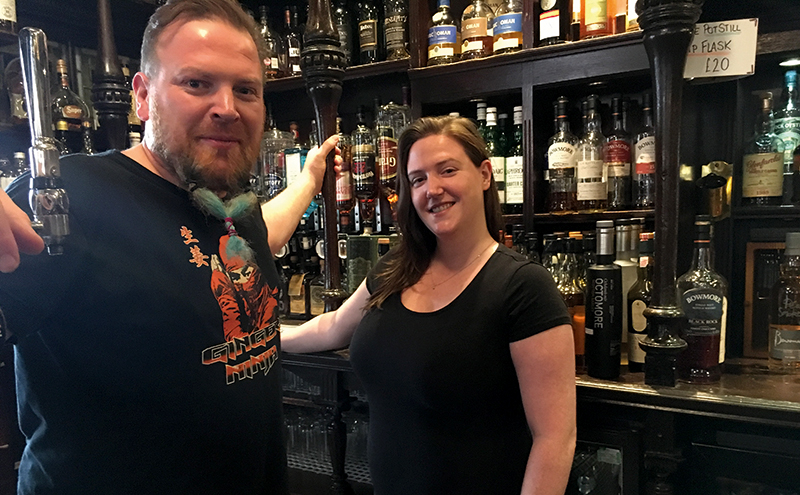 GLASGOW whisky institution The Pot Still was home to a wee bit of celebrating at the tail-end of 2016 as owners and regulars were out in force to toast the venue’s 35th birthday.
The Pot Still team has been celebrating the bar’s 35th birthday with different events all year, but the last weekend was special, as it coincided with the fifth anniversary at the helm for current owners the Murphy family.
Now run by Geraldine Murphy, brother Frank and dad Brian, The Pot Still has been under family ownership since 1981 and members of previous owners the Watersons and the Storries were also in attendance at the birthday celebrations.
Chivas Brothers International brand ambassador Ian Logan was also on hand to lead a special sold-out celebratory whisky tasting, almost two decades after hosting his first ever whisky event at the Glasgow pub.
“It was really good, a great weekend, a long weekend, but a really good one,” said Geraldine.
“We had lots of regulars and staff in and some from the families of ex-owners.”