Whole-population measures are not the key to tackling problems 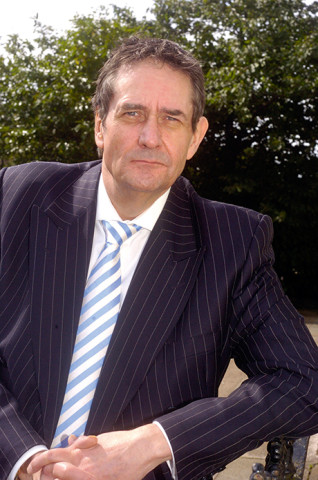 “WE’RE going to stamp out the sale of super-strength ciders at pocket-money prices” – with three Court of Session judges ruling in favour of the Alcohol (Minimum Pricing) (Scotland) Act 2012, and rejecting a second appeal by the Scotch Whisky Association and others, the Scottish Government’s determination to crack down on products favoured by problem drinkers moved closer to victory. (At the time of writing, it’s not known whether the challengers will now take their case to the UK Supreme Court; they’re certainly under huge pressure from health professionals to call it a day).
No matter where one stands on the overall merits of minimum pricing, it’s difficult to argue with a measure that would effectively take cheap, industrial-strength drinks off the market.
It’s currently possible to buy three litres of white cider with an ABV of 7.5 per cent for around £3.50.
That equates to 22 units of alcohol (the current guideline amount is, of course, 14 units per week) and it’s no wonder that this sort of product has been described as becoming “like heroin” among alcoholics.

Proposals to shift alcohol retailing in a direction that assumes we’re all problem drinkers is a concern.

Of course, there will be arguments that those dependent on high-strength products will find alternative sources of supply over the border or even fall into the hands of counterfeit dealers.
But nevertheless the Act is intended to be a targeted approach and one which found favour with the appeal judges: their decision squarely rejected a tax-hike alternative that “would have a disproportionate, undesirable and unnecessary effect on moderate drinkers, who do not generally represent a significant problem in societal terms, at least of the type requiring to be addressed”.
That focused line of attack does not represent the broader picture of the war against alcohol retailing.
A couple of weeks ago, a year-old NHS Shetland report to the local licensing board floating the idea that off-sales from shops might be banned before late afternoon suddenly sprung to life in a Sunday newspaper.
I recall a consultant psychiatrist who specialises in addictions telling me that his alcoholic patients didn’t expect the world to change for them, but did expect their problems not to be made much harder.
He cited examples of bottles of gin being positioned with limes in supermarket fruit and veg displays and huge stacks of beer greeting customers at shop entrances.

It’s not difficult to understand that viewpoint; and, of course, those sort of arrangements disappeared years ago when the Licensing (Scotland) Act 2005 came into effect, putting an end to the pervasive positioning of alcohol.
However, proposals that seek to shift alcohol retailing in a direction that assumes we’re all problem drinkers is a matter for concern.
As you might expect, I made some unenthusiastic remarks about the Shetland idea which were published in The Herald.
Those met with a response in The Shetland Times in which the report’s author, Liz Robinson, stoutly defended a daytime off-sales ban.
While licensing boards currently have the power to set the location and size of alcohol displays in off-sales outlets, Ms Robinson introduced a new “talking point” into the mix: “I also think as part of the whole discussion about alcohol we should be talking about the amount people are allowed to buy as well.”
Alcohol ration cards?
It’s this sort of idea that, in my view, threatens to cut off the public’s engagement with what might be sensible and practical health messages designed to tackle abuse.
And it’s disappointing that plans to curb alcohol consumption – which amount to “inoculating” the whole population – seem to have far more prominence (and more resources) than steps to get to the root causes of addiction and the miserable circumstances that lead a minority of the population to alleviate their lot through the use of alcohol.