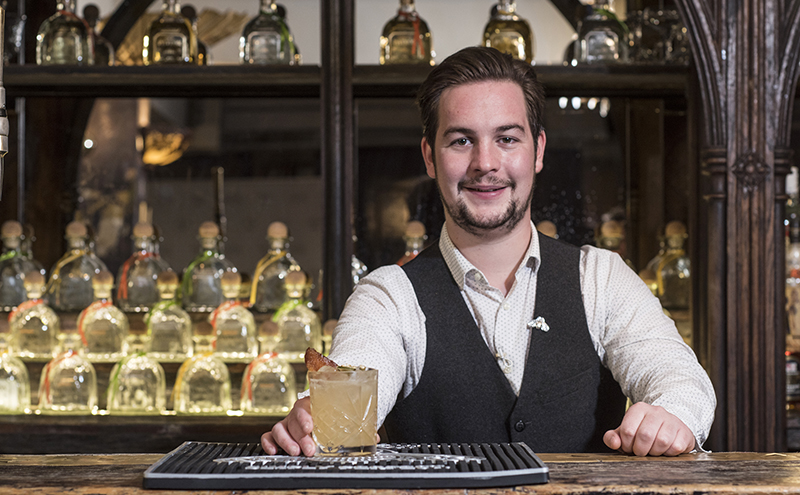 AN Edinburgh bartender has beaten rivals from across the country to be named UK Patron Perfectionist.

Mike McGinty, manager of recently-launched bar The Voyage of Buck, triumphed in the cocktail competition with The Bell of Jalisco – a blend of Patrón Reposado, chamomile-infused vermouth and a yellow bell pepper shrub.

McGinty earned his place in the London final having taken the top spot in the Scotland heat in September.

He will now go on to the grand final in Mexico in January where he will represent The Voyage of Buck and its parent firm Big Red Teapot and duke it out against a selection of bartenders from Mexico, Australia, France, Spain, Italy and the United Arab Emirates.