The Isle of Arran Distillery has released the second expression in its Smugglers’ Series. 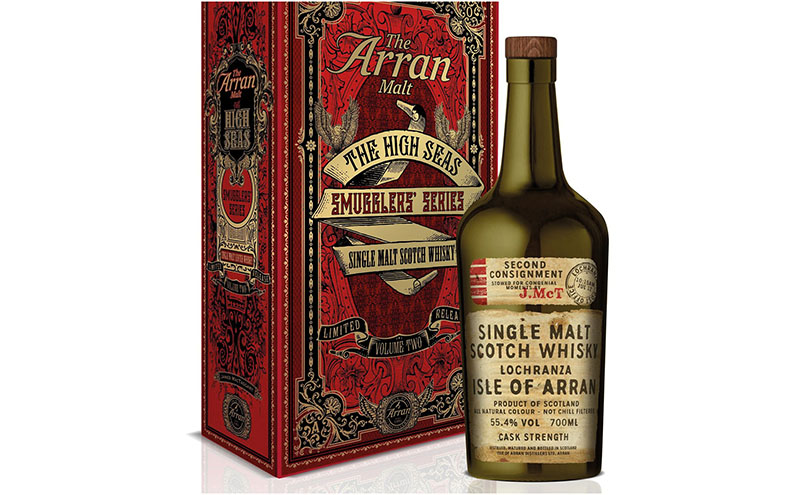 Inspired by the illicit whisky trade that once operated from Arran to Glasgow, Smugglers’ Series Vol. 2 The High Seas is a 55.4% ABV cask strength malt which has been matured in rum casks. The whisky is packaged in a box designed to mimic a hardbound book with a cut-out compartment that conceals the bottle in a nod to the hiding places used by smugglers in the 18th and 19th centuries.
A limited release of 8700 bottles will be available worldwide.