A FRENCH drinks importer and a Scottish craft brewer have teamed up to launch a new range of beers in time for Christmas. 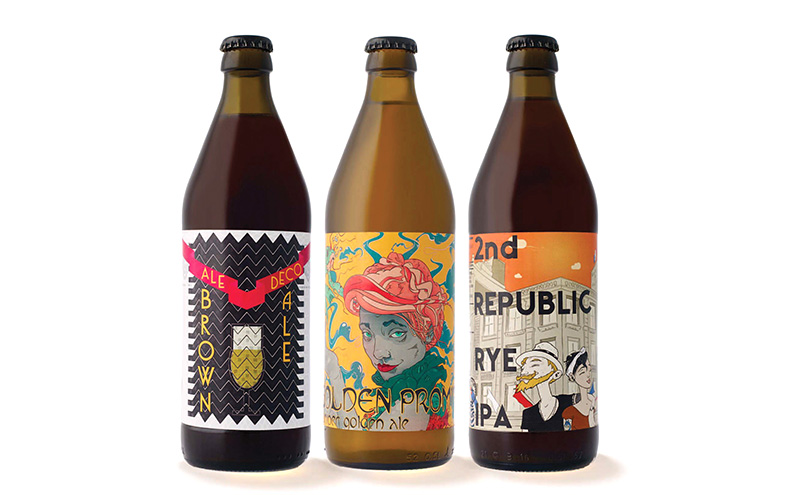 The collaboration between La Maison Du Whisky and Williams Brothers Brewing Co is to mark the French company’s 60th anniversary.
The firm is launching three beers: Golden Promise, a 5% ABV golden ale; Ale Deco, a 5% ABV brown ale; and Second Republic Red Rye, a 5% ABV IPA.
All three are being launched in 500ml bottles.
The beers were created using the Drygate Studio Kit, a pilot kit at the Drygate brewery in Glasgow. Labels for the beers were created by Glasgow artist John Felix.
The beers will be available initially in Paris, before being introduced in the UK in the coming months.
Scott Williams of Williams Bros said La Maison Du Whisky has “long been an import ambassador of Williams Bros craft beers”.
“We wish La Maison Du Whisky every success for the next 60 years and long may we keep this ‘auld alliance’ alive,” said Williams.
Jonathan Lax of La Maison Du Whisky said Williams Bros is the “biggest selling import beer brand” for the French firm, and so it made “perfect sense for our first foray into the world of craft beer to be with Scott Williams and his team”.