Danish brewer Carlsberg has been bolstering its beer portfolio over the last few months with a flurry of activity that has included the launch of a new premium brand and sales division as well as additions to its craft and world beer range. 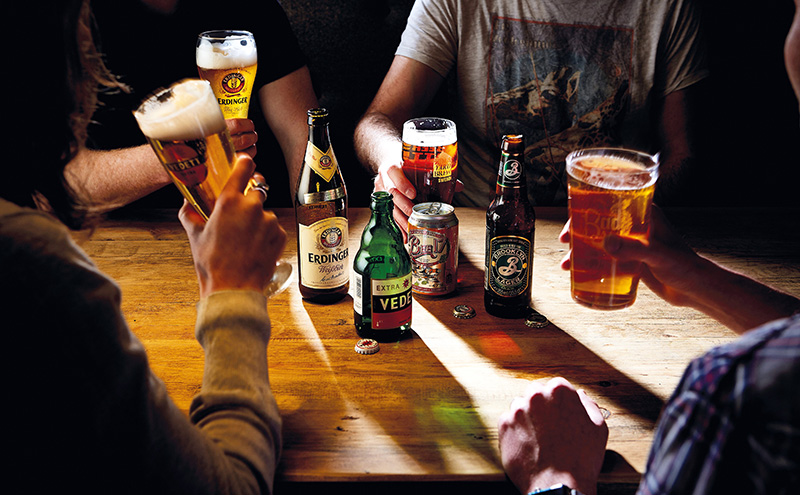 As part of the brewer’s ongoing transformation, which Carlsberg UK said will turn its focus to “brewing and selling a portfolio of quality brands”, the firm has launched premium brand and sales division House of Beers.
The House of Beers is being positioned as a wing of the Carlsberg UK business dedicated to premium, world and craft beers and ciders, providing support to customers operating premium on-trade venues within major cities across the UK.
The House of Beers brand portfolio comprises a range of craft beers including the Backyard Brewery range, imported by Carlsberg UK from Sweden, Belgian beer Grimbergen and Spanish beer, Mahou.
Carlsberg UK also further expanded its beer portfolio in September through an exclusive distribution deal with Brooklyn Brewery – adding the brand to its House of Beers stable.
The US craft brewer’s range includes its core brand Brooklyn Lager as well as Brooklyn Scorcher IPA, Brooklyn Summer Ale, Brooklyn East IPA and Brooklyn Sorachi Ace – all of which Carlsberg UK will be importing from New York.
Julian Momen, chief executive officer at Carlsberg UK, who has been overseeing the overhaul of the business, said it is a “pivotal moment in the transformation of our business to focus on brewing and selling a portfolio of premium quality beer brands”.
“We remain committed to our core brands and core customer offering, but through focused expertise and a specific brand portfolio, the House of Beers adds something new, and will be built by the right people, with the right capabilities, enabling us to help build customers’ businesses in line with consumer desire for premium, world and craft,” said Momen.