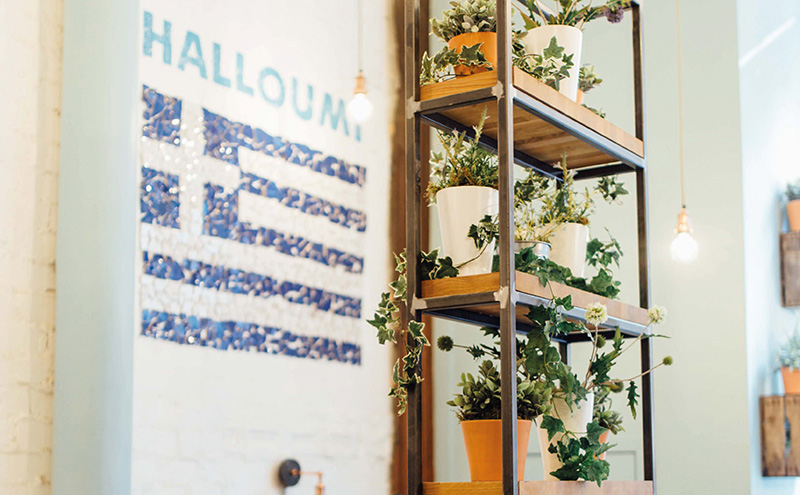 Stepping into Halloumi on Glasgow’s Hope Street, its Mediterranean roots are clear to see. From its white and blue colour scheme, to the colourful vintage floor tiles and broken plate murals on the walls, the nods to Greece are evident in all aspects of the design.
The recently-opened 80-cover eatery may be compact in size, but owners Kevin Campbell and Toni Carbajosa have packed Halloumi’s interior with the kind of Greek features designed to make the venue stand out.

The front of the outlet is dominated by a bespoke high table, constructed of metal and holding wooden shelves along the sides that house various plants in terracotta pots, adding to the rustic aesthetic.
To the back of the restaurant sits the open kitchen – a key part of the design, according to both Kevin and Toni.
They emphasised that the openness allows a better connection with customers, and also acts as a metaphor for merging Greece and Glasgow.

We’ve been really busy since our launch night; people want to come and try it.

Helping Kevin and Toni realise their vision was CM Design Consultants, which worked on the Mediterranean makeover of the unit.
Kevin commented: “The hard bit is putting your vision into practice, so they did that.”
Toni added: “It’s exactly the way we wanted it to look.”
In total, Kevin explained that the work, which took around three months to complete, was “mainly cosmetic”, with the exception of the structural work of the kitchen, and the rebuilding of the bar, which happens to be Toni’s favourite design aspect of Halloumi.
He reckons that an attractive bar area is vital for both from an aesthetic point of view, and for attracting customers.
“I like the cladding and marble top, when you look at it from that angle, it’s quite inviting; it’s always good to have a bar facing the door as well,” said Toni. 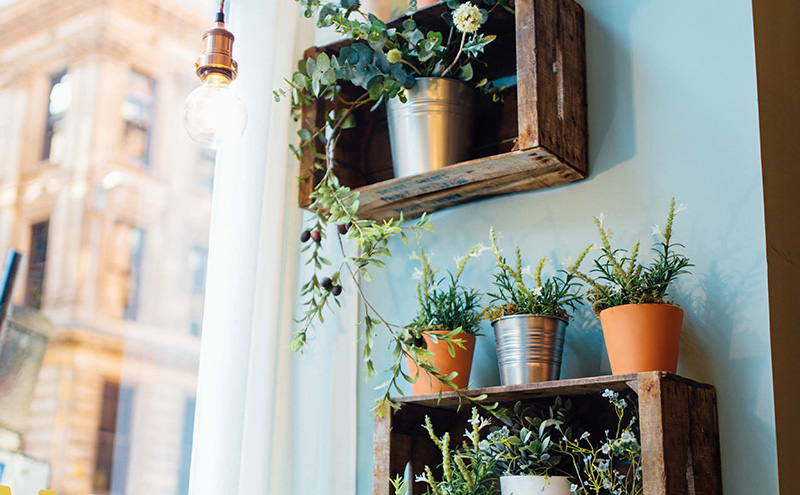 He emphasised that as well as a good bar area, striking the right layout and atmosphere for the restaurant was important.
“I think especially in a Mediterranean restaurant, it’s got to be quite bustling, busy, and seem busy even if it’s not in terms of atmosphere,” said Toni.
And when service is busy, Toni and Kevin have ensured they have the logistics in place to cope with the demand, by working with EPOS solutions firm, Alliance Tills Systems.
Commenting on the firm’s involvement in Halloumi, Hervé Bouchard, director of Alliance Tills Systems, said that a “reliable EPOS system” is “crucial to a new restaurant’s success”.
“Our point of sale is easy to use, with remote printing to the kitchen areas to facilitate service and give the kitchen staff clear instructions,” said Bouchard.

Halloumi is a modern take on a Greek restaurant in terms of the design and food.

Kevin is optimistic the new tills will be put to good use as he reckons there is a gap in the market for a modern take on the Greek restaurant scene in Glasgow.
“We thought we’d try and modernise it, as much as you can anyway,” he said.
And it’s not just the design that’s a modern take on Greek dining.
The owners have taken inspiration from the contemporary Athens dining scene for the food as well, ensuring dishes are healthy; the restaurateurs believe that more people are now looking for healthy alternatives when they’re dining out. 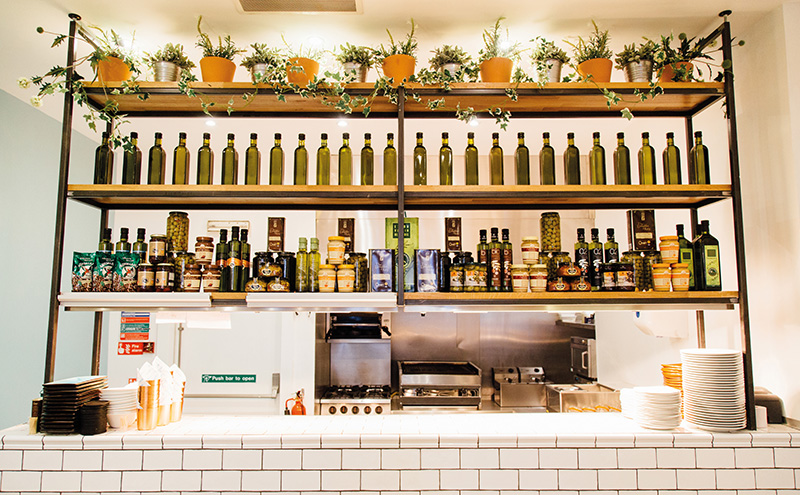 In keeping with its Greek roots, Halloumi encourages diners to order three small-plate dishes per person.
Nicola Moir, who handles the PR for Halloumi, commented that the small plates ensure that eating out is “all about the flavours”.
She added that the menu is “all about sharing”, and the aim has always been about “turning traditional Greek food on its head”.
To achieve this, Kevin and Toni work with various suppliers, including Bernard Corrigan (fishmonger), Campbells Prime Meat (butcher), Inverarity Morton (spirits), Agora Greek Delicacies (speciality Greek food and drink), Dunns Food and Drinks (soft drinks), Bibendum Wines (wine) and Italian Aroma Coffee; as well as a further two specialist Greek suppliers.
“Some of the authentic products are quite hard to source, so we’ve got quite a good relationship with these guys,” said Toni. 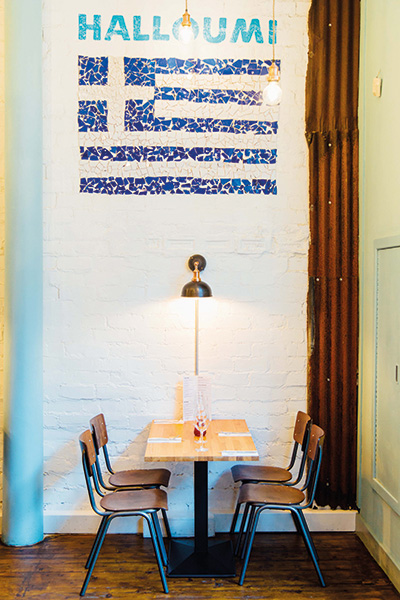 Diners seem to be responding positively to the offer, according to Lapreet Atwal, who holds down the fort for Kevin and Toni as Halloumi general manager.
“We’ve been really busy since our launch night, people want to come see and try it,” said Lapreet.
“They’ve heard a lot about it. But a lot of people are coming back already as well.”
She noted that the venue’s Cypriot-inspired halloumi fries side dish has been a big hit with diners so far, and the Greek wines on offer have also proved popular.
Lapreet reckons the restaurant’s by-the-glass selection of wines has encouraged people to try different varietals, with sales gaining a further lift from the venue’s well-trained staff.
“We had wine training and the staff all tried [the wines] and so they’re up for selling it because they’ve tried it,” she said.
The venue’s early success can partly be attributed to changing consumer demand, according to Nicola, who reckons  that customers are increasingly looking for the kind of casual dining experience that Halloumi has to offer.
“It’s casual dining; it’s what people want,” she said.