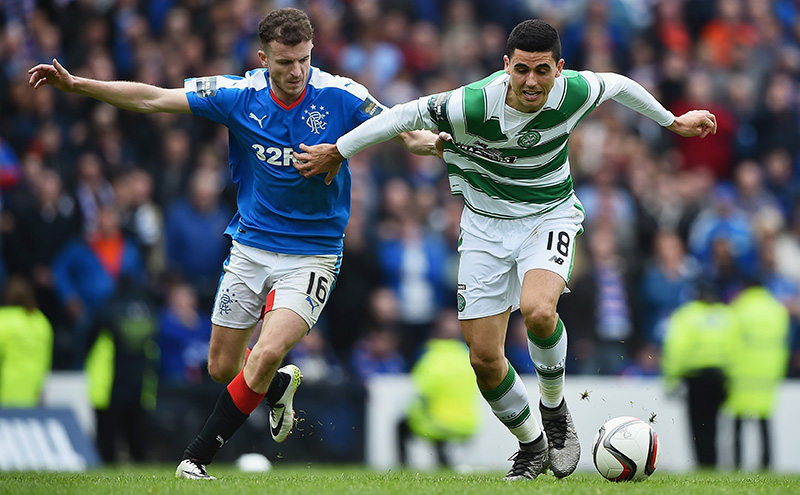 OPERATORS and trade groups have criticised the decision to schedule an Old Firm match for Hogmanay, branding the timing of the fixture “senseless”.
The Scottish Licensed Trade Association (SLTA) said scheduling the game for December 31 has “condemned the city of Glasgow to a Hogmanay of concern and uncertainty”.
The trade group and operators say the timing of the fixture will put pubs, restaurants, clubs and hotels under extra pressure on what is usually one of the busiest days of the year – and claims some venues have reported Hogmanay booking cancellations since the fixture was confirmed.
SLTA chief executive Paul Waterson said: “There are the obvious concerns: a far longer period for drinking; emergency services being subjected to extra pressure at an already busy time; hospitality venues stretched, although we are aware of some Glasgow city centre venues already reporting booking cancellations since the announcement. This action falls in line with the usual drop in visitors to the city centre on Rangers v Celtic derby days.
“Our pubs and bars will, as always, have a responsibility of controlling drinking within their premises, but who is going to control unsupervised home drinking and drinking in the street, particularly on a day such as Hogmanay?”
Billy Gold, owner of the Hielan Jessie pub on Glasgow’s Gallowgate, said staging the game on Hogmanay will bring “all sorts of problems”. “It’s incomprehensible; I just can’t see a positive in it,” he told SLTN.
“We usually have a Hogmanay party and, for the first time in 30 years at this pub, I’m seriously thinking can we have it – from a safety point of view, from the staff being up to it after a busy day, and whether or not people will want to go out?”
Harry Hood, whose Lisini Pub Co owns venues including Angels in Uddingtson and the Parkville Hotel in Blantyre, said: “This is going to upset the social calendar for the whole of Scotland. I don’t know how the police are going to manage it.”
Donald MacLeod, who owns the Garage and Cathouse nightclubs in Glasgow city centre, said: “I can’t believe they are going to put a game of this magnitude on on Hogmanay; it’s madness. I’ve heard of restaurant and function bookings being cancelled – the only winner will be the supermarkets.”
Ryan James, chair of the Glasgow Restaurant Association, told SLTN the timing of the game is “absolutely crazy”.
“Hogmanay is usually a great, busy day with lots of people coming into town to eat, drink and stay; but the city just empties when Rangers and Celtic are on,” he said.
Willie Macleod of the British Hospitality Association (BHA) Scotland said: “It may affect bar and restaurant trade. I think some [people] may vote with their feet and stay at home.”
A spokesman for Police Scotland said: “We have a close working relationship with the licensed trade and, as is normal with a high profile event, divisions will engage with licensed premises and local authorities ahead of the fixture.”
The SPFL and broadcaster Sky declined to comment.