There are plenty ways to grow whisky sales, say firms

Whisky is something of a pillar of the pub in Scotland, with combined Scotch and imported whiskey sales worth more than £150 million to the on-trade, according to CGA figures. 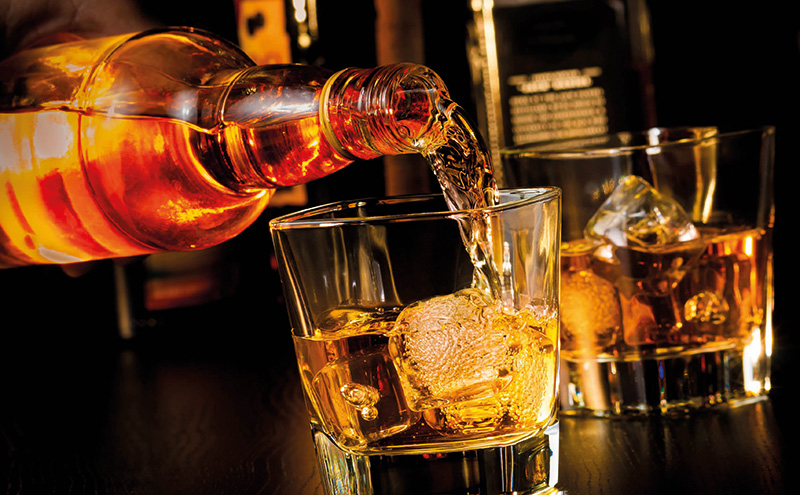 However, with both of those categories having dipped in value between May 2015 and May this year, it would seem there’s room to grow whisky in Scotland’s bars and pubs.
Jenny Rogerson, marketing manager for independent whisky firm Douglas Laing & Co, the firm behind malts including Timorous Beastie, Scallywag, Rock Oyster and Big Peat, said while her company’s portfolio of whiskies has been performing strongly over the past year, “serious growth in craft spirits – gins in particular – has undoubtedly created fierce competition for the Scotch whisky category in the on-trade environment”.
She added that there are several ways licensees can stimulate interest in whisky in their outlets through initiatives such as ‘malt of the month’ promotions and different serves.
“Food pairings can also help to drive trial of Scotch whisky amongst an otherwise apathetic audience,” said Rogerson.
“By up-selling a dram, both in print on menus and verbally by waiting staff, consumers may be compelled to take the leap to try a malt alongside their meal.”
Food pairing was also highlighted by Matthew Jamieson, brand manager for Balblair at Inver House Distillers, who said matching whiskies with food “gives the traditional category a contemporary feel and enables greater education around the liquid and its different flavours”.
“These pairings have proved hugely successful in attracting a younger ‘foodie’ audience whilst demystifying the category and making Scotch whiskies such as Balblair more attainable,” said Jamieson.
Choosing the right whiskies to include is a matter of covering all the bases, according to Euan Mitchell, managing director of Isle of Arran Distillers.
He insisted that licensees needn’t empty their bank accounts stocking up on malts and rare expressions.
“If operators aren’t specialist whisky venues, it might not be advisable to offer dozens and dozens of expressions,” said Mitchell.
“Customers could find such a huge selection intimidating, especially if they are reluctant to ask for advice and guidance.
“Instead, pick a core selection of six or so expressions that act as an introduction to the category and represents a range of ages, regions and taste profiles.”
Mitchell recommended operators include a peated whisky in their range, as well as several lighter malts.
A good Scotch selection will also include at least one aged malt in addition to the core selection of standard ten year old expressions.
Mitchell was supported by Katy Macanna, UK brand manager at Ian Macleod Distillers, the company behind the Tamdhu and Glengoyne single malts, who said it is “important to cover regional variations as well as flavour variations”.
And licensees shouldn’t shy away from including whiskies – either domestic or imported – in longer serves and cocktails.
“Not only is whiskey now less gender-specific but it’s also enjoyed across a variety of occasions – sipped neat, on the rocks, mixed or served in a host of classic cocktails,” said a spokeswoman for Halewood International, the firm behind The Pogues Irish Whiskey.
“The classic Old Fashioned is also growing in popularity with younger demographics.”