David Beckham has dipped his toe in the whisky industry for a second time with the launch of a new variant in the Haig Club range. 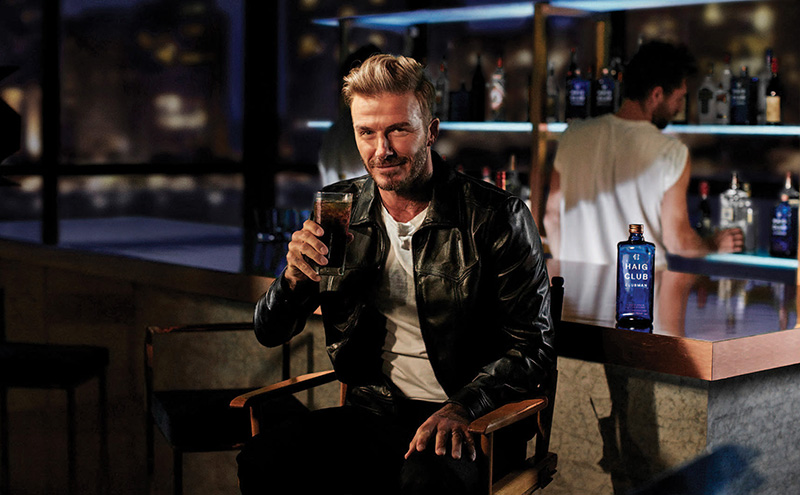 Haig Club Clubman is intended to be a permanent addition to the Haig Club range, a single grain whisky which was launched by Diageo, Beckham and entrepreneur Simon Fuller in 2014. It is the latest in what Diageo describes as a “stable of Haig Club expressions” to be introduced by the firm.
The name ‘Clubman’ is said to have been inspired by Haig whisky advertising materials dating back to the 1920s, in which Haig was advertised as ‘The Clubman’s Whisky’.
Packaging for the new variant retains the blue glass of Beckham’s first Haig Club release, but the square shape of the Haig Club bottle has been elongated.
Ronan Beirne, global marketing director for Haig Club at Diageo, said he is “pleased that Haig Club has helped place grain whisky back on the map and become one of the most talked about whiskies in the world”.
“Out of this success, the time is right to introduce a new edition,” said Beirne.
“Haig Club Clubman will enable us to continue to drive the vibrancy and momentum of the Scotch whisky category, in line with the brand’s strategy.”
Beckham said Scotch whisky has “attracted people from all over the world with its sophistication, style and distinctive array of flavours” and that, with the Haig Club brand, the goal is to “continue in this spirit, bringing to market a special new whisky and introducing new fans to this incredible industry”.