Kingsbarns Distillery has launched two new single cask bottlings from Wemyss Malts.
East Neuk Dunes is a 25 year old single malt from Bunnahabhain Distillery on Islay; bottled at 46% ABV, the whisky is priced at £130.95 a bottle. 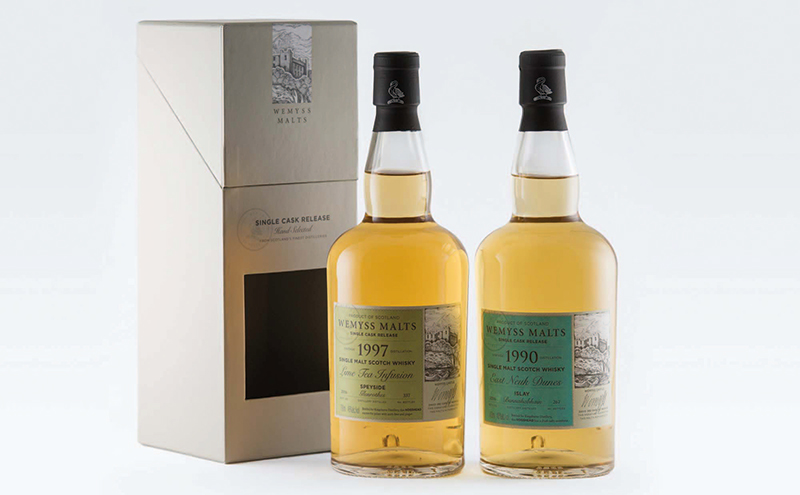 The second bottling, Lime Tea Infusion, is from Glenrothes Distillery in Speyside and has been aged for 19 years; also bottled at 46% ABV, the whisky costs £84.95 a bottle.
The whiskies, which are available in the Kingsbarns Distillery shop as well as through the distillery’s website, were bottled by independent bottler Wemyss Malts.
Kingsbarns Distillery – which started producing its own spirit in 2014 – is owned by the Wemyss family, who also own Wemyss Malts.